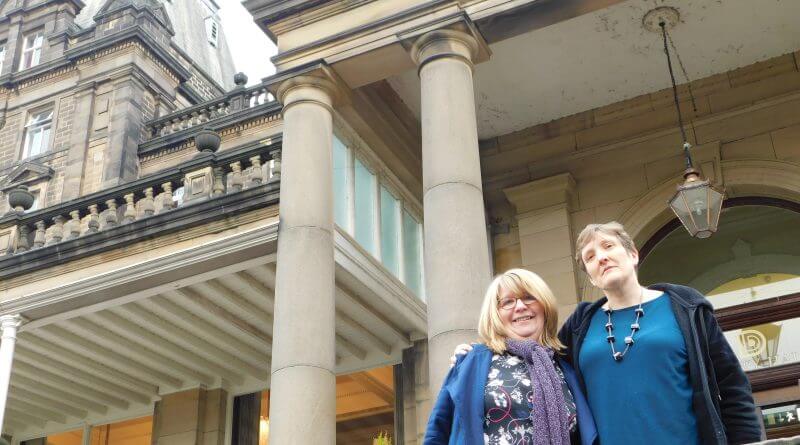 Hundreds of thousands of pounds of public money has been spent fighting  Derbyshire parents’ attempts to get school support for their disabled children.

The astonishing sum has been uncovered by a Local Democracy Reporting Service investigation.

Over the past five years, hundreds of parents have launched appeals against Derbyshire County Council’s decision not to fund support for their children – winning almost all of them.

Figures obtained by Freedom of Information requests reveal that 390 parents of children with special educational needs and disabilities (SEND) have taken to the appeals system to secure support for their kids in the past five years.

The number appealing is increasing each year.

The authority says that its staff are “extremely committed” and make decisions with the children’s “best interests at heart”.

Appeals are typically filed by parents to ensure that their child has an appropriate Education, Health and Care Plan (EHC Plan) – a legally-binding document which ensures a child’s school will sufficiently support them. In Derbyshire, these are administered by the county council – which has more than 3,000 on its books.

Parents of children with special educational needs have spoken of the difficulties they have faced combating the county council.
They claim that by contesting appeals, the authority is wasting public money which should be spent on support, calling the situation ”horrendous” and “disgusting”.

A spokesperson for Derbyshire’s Independent SEND Community suspected that the number of parents wanting to go to appeal could be much higher – but many do not continue the process.

This is often due to either lacking the money, time, confidence or knowledge to do so.

The spokesperson called it “daunting, soul-destroying, time-consuming and, for most of us, extremely costly”.

They said: “As a growing community of parents, we are very alarmed at the rising numbers of parents having to appeal in order for our children to get their needs met.  To be honest, we are only surprised that the numbers are not higher, and worry greatly for the children whose parents simply don’t feel that they can stand up, or afford, to fight for their children’s educational rights. Furthermore, as the tribunal service is having an unprecedented influx of appeals, many of us are waiting up to a year for our cases to be heard.”

Sharon Davis has a 10-year-old son called Josh who attends Brampton Primary School, Chesterfield.
Josh has asymmetric quadriplegic cerebral palsy – rendering the loss of his arms, legs and body – is a full-time wheelchair user and has a number of speech impediments. Putting together his EHC Plan took a year and went to tribunal in October.
Sharon said: “Derbyshire County Council waste a horrendous amount of money at tribunals employing barristers, using the public funds that could be better spent supporting our children.  She claims: “It causes untold amounts of stress and anxiety to parents.”

Teresa Bowler has a five-year-old son, Daniel, who is enrolled at Ironville and Codnor Park Primary School.
He is autistic and has a range of sensory, speech and sound disorders. One of his conditions, Pathological Demand Avoidance, leads Daniel to avoid or refuse any requests that are made too assertively. He also has separation anxiety, which leads him to act as his mother’s “shadow”. In May 2018, his GP signed him off school due to being medically unfit to attend due to anxiety and illness. Since then he has received 90 minutes of tutor-led education.
Teresa said: “It’s disgusting how we have to go to tribunal to fight for provision that is written in reports by professionals. They will spend thousands fighting us to end up losing the majority of the cases and wasting taxpayers money and then making further budget cuts to the services our children need.”

Gaye Tomlinson, from Heanor, has an eight-year-old son called Colin, who is deaf as a result of a common virus called cytomegalovirus – which typically affects newborns. He has been out of school for 16 months. Colin has also been diagnosed with dyspraxia (a developmental brain disorder), social communication difficulties, Irlen Syndrome (difficulty processing visual information), Sensory Processing disorder, demand avoidance, and extremely high anxiety.  Gaye says that an educational psychologist, occupational therapist, speech and language therapist, an independent social worker and deaf CAMHS (child and adolescent mental health services) worker have all said Colin must be educated at home. Assessments have cost the family £6,000.
The family’s tribunal has been postponed three times.
Gaye said: “There were 137 tribunals in 2018 and will be many more in 2019.  All this money could be spent on our children’s education.”

Helen Kibble-White, from Kirk Langley, has a 15-year-old son called Ewan.
She has been “fighting” for an EHC Plan for her son for eight years – and he is now set to start his GCSEs.
Helen went to appeal and won.
She said: “I am shocked by the number of appeals, and the huge number lost by the council, the money they spend fighting these cases should be used where it is needed, supporting the children with SEND. I fear there are many children denied the help and assistance they are entitled to because their parents are unable to fight the biased unjust current system.”

In the past five years, parents have appealed 390 times against the county’s decision not to give the requested level of help to their children.
The county has won just 26 out of 390 – or 6.6 per cent.

The county council has refused to say how many ended up at a tribunal, run by a judge.

But it said that of the 130-odd appeals submitted last year, around half were settled without going to tribunal.

Figures supplied by the Department for Education estimate the cost of a SEND tribunal for the local authority and the family.

A spokesperson for the county council said: “We work very hard with families to try to reach agreement with them about their child’s educational provision. If they wish to go to the SEND Tribunal we continue to work with them throughout this process and many cases do reach agreement before it concludes.  Of all the cases that went to tribunal last year, 54% of those which had been completed by the time we carried out some analysis in January never reached tribunal as we reached agreement with the family beforehand, and in a further 10% of cases agreement was reached at the tribunal by way of a consent order, which means the case was neither won or lost by either party.

“When a case goes to tribunal it is often related to a disagreement about the education placement the council has secured for the child and the authority has to carefully consider whether to agree to the family’s request for their child to attend another establishment or to stand by its original alternative decision, which it may feel is just as suitable for that particular child and offers the same and appropriate level of support.

“As the local education authority we have a duty to ensure we make the best use of taxpayers’ money in order to benefit all the children who need our support.

“Our position in Derbyshire reflects the national picture and the challenge many other councils are facing in what is one of our most sensitive and complex areas of work but we are committed to working with families to secure the best possible educational future for all our children.

“Meanwhile, in relation to the increase in appeals, we manage the situation as well as we can and constantly look to support staff and monitor their workloads.

“Our SEND team is extremely committed to getting the best outcome for the children they work with and staff are therefore always disappointed when families aren’t happy with decisions made with their children’s best interests at heart.

“The increase in appeals reflects the situation nationally, where more robust campaigning has resulted in a higher public profile for SEND issues across the country.

“In addition, the tribunal process changed in April last year which widened it out to include health and social care factors as well as educational elements under the Single Route of Redress, which increases the scope of appeals.

“Also, since 2014, Education, Health and Care Plans can, where appropriate, remain in place to support young people up to the age of 25 rather than 16 as they previously did.”

Late last year, the Local Democracy Reporting Service revealed that the county council was estimated to have spent hundreds of thousands of pounds fighting nearly 100 Special Educational Needs and Disabilities (SEND) tribunals in 2018.

The vast majority of those that had concluded at the time (68) had been lost by the county council – the authority had won just one.

At the time, the overall cost to taxpayers of these tribunals was an estimated £1.25 million – based on figures provided by the Department for Education.

Let your flights of fancy wing it down to Strutt’s North Mill today. There will be beasts, bugs, birds and