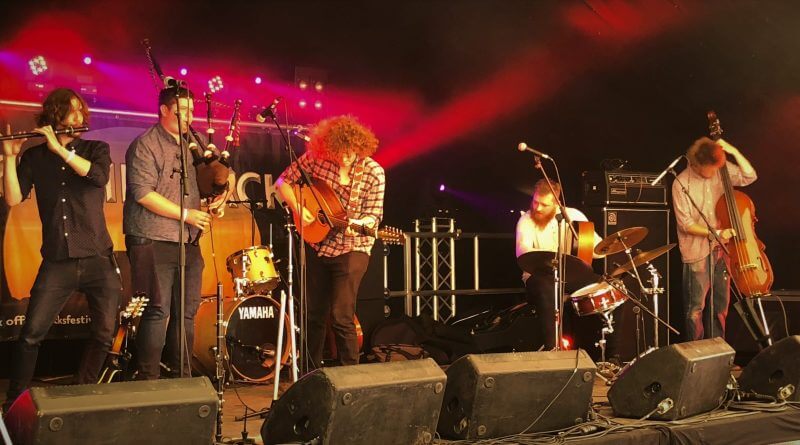 Since winning a prestigious Celtic Connections Danny Kyle Award in their early days, Pons Aelius have worked tirelessly hone their distinctive sound on stages both at home and abroad, quickly earning themselves a reputation as one of the most exciting new names on the circuit. In September 2017, they released their much awaited debut album Captain Glen’s Comfort, to rave reviews.

Pons Aelius, who met on the Newcastle folk scene, have since been touring in the UK and Europe to support the album’s release leaving nothing but stunned audiences behind.

“Newcastle-based, Scots-infused sextet Pons Aelius have made quite a name for themselves on the live circuit over the past couple of years, so the question with their debut album was always going to be whether they could bottle the magic for domestic consumption. The good news is… this does the job just fine.“ Oz Hardwick, RnR Magazine

“While there’s no shortage of individual talent on display, the strength of Captain Glen’s Comfort lies in the sound Pons Aelius make as a band.“ Nick Hart, Bright Young Folk“

“Pons Aelius are a testament to the strength of the North East folk scene. With a healthy share of Scots, they’re the most exciting band to come out of Newcastle in a long time. Their musical style is a wild liberation from the ordinary that fits the post-trad generation like a glove. Their original material is skilful and sincere. I can’t wait to see where they’ll be in a few years time.” David Foley, RURA.

Tickets, photos, videos and gig details can be found on the Black Dog Radio website.