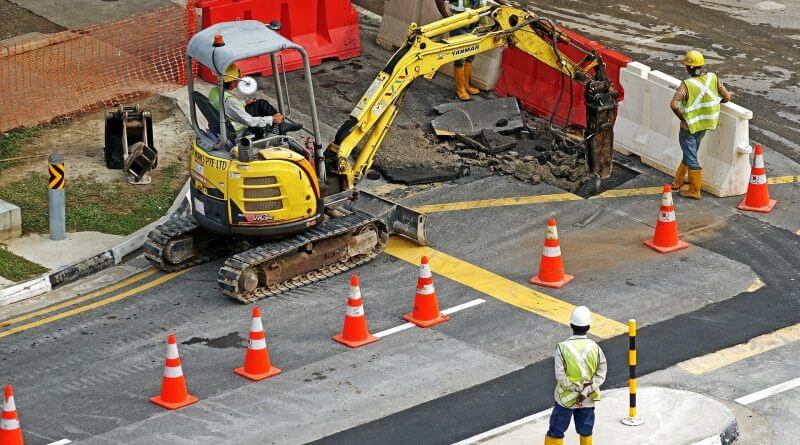 The frustration felt in communities across Derbyshire when hundreds of homes are built without plans for a new school, better roads, or extra doctor and dentist surgeries is no secret.

However, their woes may be set to come to an end.

Moves from central government could change the way in which councils can gather money for much-needed infrastructure improvements. This could streamline the process for building more schools and improving road networks to cope with the new housing across Derbyshire.

For the most part, schools and major infrastructure improvements are only funded by developers if a scheme achieves a certain critical mass – is big enough to generate the need all on its own. In short, if a developer is going to build a lot of homes, they are also likely to fund a new school for the area.

However, the problems start when there are a series of medium or small schemes, possible containing a few dozen homes each, which have a cumulative impact on an area’s infrastructure. But this often means that a developer will not make enough money from a scheme for it to be financially viable for them to make major community infrastructure investment.

As such, any money a developer has available is typically only enough to build a handful of  affordable homes at a time or improve existing recreation space, such as a park.

Local authorities just do not have the money available to improve all of Derbyshire’s roads so that they are fit to handle the modern-day world’s traffic – or to rebuild each and every primary school to cater for hundreds more school pupils.

As it stands, the most frequent way councils fund these improvements is through Section 106 agreements.
These are legally-binding deals between housing developers and councils which seek to seal financial commitments to mitigate negative impacts of proposed schemes.

At the moment, councils can only group together up to five Section 106 agreements in order to gather sufficient funds to build new infrastructure – typically a school, but can include doctor or dentist surgeries, along with community facilities such as libraries.

But now that cap could be lifted – meaning that councils can group together as many schemes as they like, pooling all the money they require to build more infrastructure to sustain housing developments.  Naturally, the amount of money available is still reliant on housing developments being given the go-ahead.  So, to some extent, roads and schools will not be improved or expanded until new developments come forward.

The government’s planned changes to this pooling cap are contained in a consultation dubbed Reforming Developer Contributions: Technical Consultation on Draft Regulations. In its consultation report, the Ministry of Housing, Communities and Local Government says: “This will address the uncertainty, complexity and delay created by the restriction.  It will allow all local planning authorities to seek section 106 planning obligations to fund infrastructure to help support, and bring forward, new housing, regardless of how many planning obligations have already contributed towards an item of infrastructure.   This could speed up the delivery of infrastructure as local authorities will be able to raise funding from more developments, where appropriate, to pay for infrastructure.  Section 106 planning obligations can only be used if they are necessary to make a development acceptable in planning terms, directly related to the development, and fairly and reasonably related in scale and kind to the development.”

Mike Ashworth, Derbyshire County Council’s strategic director of economy, transport and environment, wrote in a consultation response: “The lifting of the pooling restrictions is fully supported by the county council and will improve the flexibility of mitigation, and avoid developments being treated differently as a result of the timing of the submission and the number of previous applications submitted.   The relaxation of the pooling restrictions will therefore assist local planning authorities and infrastructure providers to support the Government aims for the delivery of new homes and supporting infrastructure more effectively, particularly in areas of high proposed housing growth.”