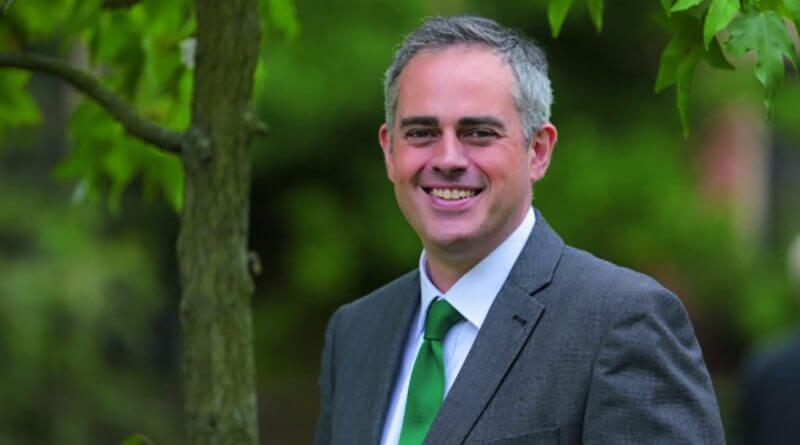 The Green Party’s co-leader Jonathan Bartley will be talking to young people in Derbyshire about their role in our future, at a special debate on March 25.

He has been invited to the county by Amber Valley Green Party, and will be addressing students at The Ecclesbourne School, in Duffield in an hour-long discussion.

Dave Wells, who is standing as a candidate for the Duffield Ward in May’s Amber Valley Borough Council elections, will be hosting the event with the school and says he has been inspired by the action young people have been taking recently to build a fairer, safer world.

“Pupils across the country have been striking to demand action to avert climate disaster,” said Dave, who has been campaigning on the subject for more than 30 years.

“The children recognise this is an emergency and that we cannot just carry on as normal. They are taking a stand for the future of the planet they will inherit and they deserve our unreserved support.

“I am really looking forward to hearing what the students at Ecclesbourne have to say to Jonathan. It should be a fascinating debate,” he added.

In the evening, from 7pm-9pm Jonathan will be leading another debate at an open meeting at the King’s Head pub in Town Street, Duffield.

Everyone is welcome to join in a discussion about why the Green Party is the only alternative in today’s political world.

“There will also be an opportunity to discuss Amber Valley’s proposed changes to the Green Belt which, as a Green, I strongly oppose,” said Dave.

“I am asking questions of the council and will be happy to feed back what I discover.”