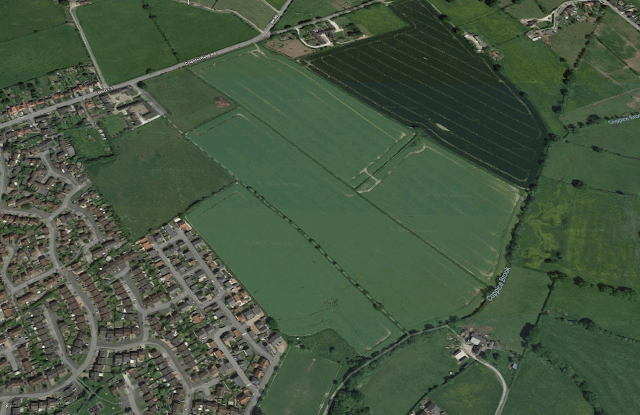 It is a myth that we have to build on Amber Valley Green Belt land. There is a raft of facts and figures that clearly show that we have no need to extend our urban sprawl but listening to a Belper Tory councillor explain why we had to build 345 houses on Far Laund plus nigh on a further 1,700 on other sites in the borough had me shaking my head in disbelief at last Monday’s Amber Valley Council meeting.

This was his reasoning:

I kid you not. I sat in the Ripley council chamber listening to that drivel. Of course, the planning board would find the going easier because it had already given away the prime sites they had been elected to protect. My thoughts turned to the word, “myth”. The decision to build on the green belt based upon evidence that is little more than a myth will ensure that we are heading for years of conflict between residents, AVBC and developers.

All four Belper Tory councillors voted to build on green belt land despite years claiming that a vote for them would be a vote to protect Belper from unwanted development. I am sure that Amber Valley residents will not allow this decision o stand after the borough elections in May. The Labour Manifesto clearly states no building on the green belt so, if they take control, we should expect immediate action.

The Labour opposition pleaded with the council leader, Kevin Buttery, to separate the extension of green belt protection over Pottery Farm and Cherry Tree Farm (effectively Bullsmoor) so that the plan to build on other sites could be voted upon solely on its merits. Buttery’s refusal was playing politics as it was evident, as the leader of the opposition, Chris Emmas-Williams said, every councillor in this chamber would like to see Bullsmoor suitably protected. All to no avail.

I had my name down to speak at the meeting but was told on arrival that I was in fact a reserve speaker as Alan Cox had been chosen to speak about Far Laund. I never had the chance to put the case that there was in fact no need to build on the green belt as there was publicly available data demonstrating something quite different. I was not allowed to speak at the meeting so I’m writing this article now in the hope that this appeasement policy can be stopped.

The facts Amber Valley Tories are not telling you

There were so many red herrings and misconceptions coming from the Tories at that meeting and I had to sit silent. It was galling. Their biggest claim was that we cannot meet the 5-year housing supply target for the 2011 – 2018 period, let’s look at that:

What of going forward:

Demographic data shows that an increase in AV homes of up to 20% between 2011 – 2028 was inevitable so negotiating a figure of a fraction over 18% was a shrewd move in 2014 (Derby HMA heads of agreement 2014). In the light of the fact that the present Tory council are heading for an increase in AV homes of 25% it does seem strange that their leader, Kevin Buttery, endlessly blames Labour for that 18% increase. If they just made decisions based upon that agreement then we would not be faced with the endless challenges that are to come. Think of the time, effort and money expended in relation to the Belper Lane development, Bessalone and Bullsmoor (to be Belper specific). It has been very costly for protesters, councils and developers. None of it necessary if our communities had been able to rely on AVBC to do what they are elected to do.

There was no need to add Green Belt sites to the Local Plan as we are already on target and, it should be argued, have already reached our 5 year target. It seems that there is the real world as reflected in council tax returns and the parallel reality of AV Tories who have demonstrated their intent of delivering green belt and green field land to developers when there is absolutely no need to do it. Brownfield sites are deliverable but are not the preferred route of AV Tories. You don’t have to rely solely on my analysis …… the government agrees with me: DHLGHousing delivery measurement

This is the ongoing monitoring of new homes being built in England and is presented in spreadsheet form. Amber Valley is the 3rd listed authority showing that in the 3 years between 2015 and 2018 there was a requirement to build 1,136 homes but actual performance was 1,648. They forecast that AV is on course to exceed the required 2028 build by 45%. This is in line with my own calculations. Council officers should be aware of this and therefore so must the relevant AVBC cabinet members.

Now you don’t just have my conclusion but also a report from the Department of Housing and Local Government (DHLG) clearly stating that the borough does not have a problem delivering the 5-year requirement and is in fact deeply in credit. The DHLG are forecasting that Amber Valley will build 14,166 new homes between 2011 and 2028 (remember the target was 9,770) which indicates a total number of homes of 66,762 …….. so, if anything I have underestimated.

So, what should be done

There is of course the ballot box on May 2nd but following that, on May 3rd the new council must move to negate last Monday’s decision to build on the green belt. They should also be reaching for the phone to contact the consultants who carried out the Green Belt report and ask them to carry out a similar exercise but this time for brownfield sites of which there are many in Amber Valley.

We need an Amber Valley Brownfield site report to finally nail the idea being put forward by the current council that such sites do not deliver the housing needed in the borough. Their argument is wrong ……….. for example:

Next a further phone call should be made to the AVBC Local Plan inspector asking for an urgent review of the 5 year housing requirement but now taking into account the DHLG figures. We have a strong hand to play but unfortunately, up until now we have not had a strong negotiator.

Labour Candidate for both Borough and Town Councils