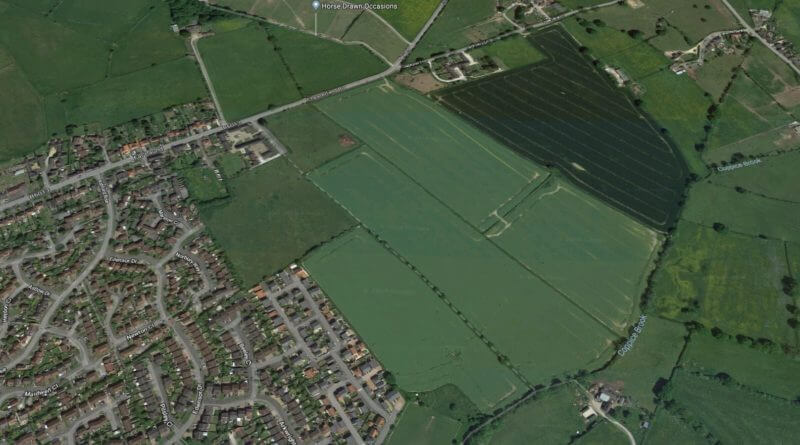 Space to build 2,010 extra houses in Amber Valley by 2028 is set to be freed up by deleting land from the protected green belt.

Last month, the Local Democracy Reporting Service revealed the details of sites which were being touted by Amber Valley Borough Council to be deleted from the green belt to make way for housing. This was part of the authority’s first green belt land review for 30 years. Many of the sites in the leaked documents have now been confirmed by the borough council.

Overall, it is seeking to add 14 extra sites to its Local Plan – a blueprint for future development – by deleting land from the green belt.

Here are the 14 sites, followed by the number of houses that could be built on them:

Councillors are set to thrash out the pros and cons of the proposed sites at a meeting of the full council on Monday, 4th March 2019.

Extra sites are, in part, required due to the shortfall in houses which could be completed during the remaining nine years of the Local Plan – which runs from 2011 to 2028.   To cater for this, more sites have been identified which, could see 1,220 houses built on the above sites by March 31, 2024 and 2,010 by 2028. Some of the proposed sites would see more houses built outside of this period, notably, the council’s flagship development at Cinderhill, near Denby.

This scheme had already seen 200 acres of green belt earmarked for deletion.

This development would also see a new junction off the A38 and nearly 30 acres of space for new businesses.

Ripley is to see the lion’s share of the housing built on deleted green belt land.

By the end of the Local Plan it is set to see 964 additional houses as result of these proposed developments. This would further add to new housing being built around the town, with 400 approved at Peasehill, Ripley before Christmas.

Belper is the also to see an influx of 345 houses at land off Far Laund, currently in the green belt, by 2028. However, Belper is also set to see a large area of land, locally known as Bullsmoor, added into the green belt. It had been the proposed site for a major extension to Vaillant’s factory and hundreds of houses, but these were rejected by the borough council and government planning inspectors.

Duffield is also to see a sizeable influx with 245 extra houses added into the plan, again on what is currently green belt. These would be split between 175 off Cumberhills Road and 70 off Wirksworth Road, close to Duffield Meadows Primary School.

The villages of Mapperley and Marehay would be “inset” into the green belt. This would mean that they would entirely encircled by protected land, but the development in the villages themselves would not in the green belt.

Meanwhile, 1.2 acres of land on the outskirts of Codnor, next to a wooded area, could be deleted from the green belt to make space for 10 traveller pitches.

The borough council had been forging ahead with its Local Plan but called for a pause in proceedings to find more sites for housing. At the time, it had only just managed to find five years’ worth of housing (5.03 years).

Officers felt this could still leave the authority vulnerable to housing developers, who could argue not enough space was being earmarked for future properties. Without a Local Plan, the report states, there is a risk to the council of having an “inability to resist proposals for major housing development through planning applications, or to successfully defend any refusal of planning permission for such proposals through the appeal process”.

Launching the green belt land review, through consultants DLP Planning Ltd, caused controversy. This was due to the firm “boasting all over Twitter” about securing controversial planning permissions on green belt. The firm responded that it was completely independent and follows a strict code of conduct and industry standards when carrying out its work.

With the addition of the new sites, the Local Plan would have enough housing to last 6.13 years – this rate “allows for changes in circumstances that could reduce expected delivery rates”.

Another housing site, not in the green belt, would also be added to the Local Plan, at Outseats Farm, Alfreton, with all housing thought to come forward after 2024.