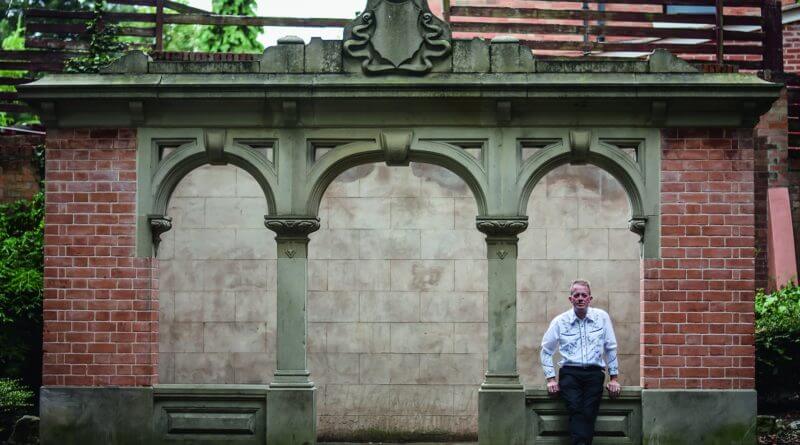 Singer/songwriter Matt McGuinness is taking a solo show aimed at raising awareness of mental health issues – We Are What We Overcome – on a nationwide tour this year. This inspiring one-man performance is an intimate, heartfelt conversation, punctuated with uplifting, anthemic original rock and roll tunes and was first performed by Matt on a six-night run at the Edinburgh Fringe last year.

With stories shedding light on mental health, peppered with self-deprecating honesty and dark humour, this show is especially for anyone who has ever overcome one of life’s many challenges or is battling to do so.

Matt, a father-of-three, who was brought up in Crosby, near Liverpool, but now lives in Derby, first suffered from mental health issues following the death of his mother when he was a teenager just off to university, and he has battled with them ever since at various stages of his life.

This tour aims not just to portray Matt’s story, but also to encourage others to tell theirs by bringing communities together to make connections and new friends. An integral part of the show is the space allowed afterwards for discussion and questions in the form of a Q&A and/or an informal chat in the bar.

The 51-year-old came up with the idea for the show after noticing that men often came and chatted to him after gigs with his band the MLC if he sang one of his songs called Frock and Bonnet, which is essentially about seeing a psychiatrist for the first time.

“Back then it was our only song on the subject of mental health, but we realised that blokes in the audience who wouldn’t dream of going to see a professional therapist would happily talk to someone who was singing and playing a guitar,” explained Matt.

“It was because of their reaction to my song that I decided to pull a whole show together aimed at that audience. Taking it to Edinburgh was daunting, but it was the best thing I have done.

“Sometimes you’ve got to find your own way of dealing with mental health problems, and if the arts and conversation is one way, then why not on a stage in front of a room full of strangers…?” says Matt with a wry grin.

Since returning home he and the band have worked hard to develop the show and now want to take it to new audiences around the country.

The performer says that the 55-minute show is most definitely not all doom and gloom and that he has packed in plenty of humour. There are seven songs and while chatting in between Matt covers such diverse subjects as football tribalism, religion and beliefs, life on SatNav, suicide and the psychiatrist’s chair.

“In Edinburgh I definitely got some laughs and the feedback afterwards was encouraging, which is why I want to carry on with it,” added Matt.

The show has gained support from Mind, the Samaritans and the Mental Health Foundation. These charities provide the show with vital information on the points of contact and support available to those struggling with mental health issues. In each location there will be materials on hand to raise awareness and provide signposting to the local and national support that’s out there.