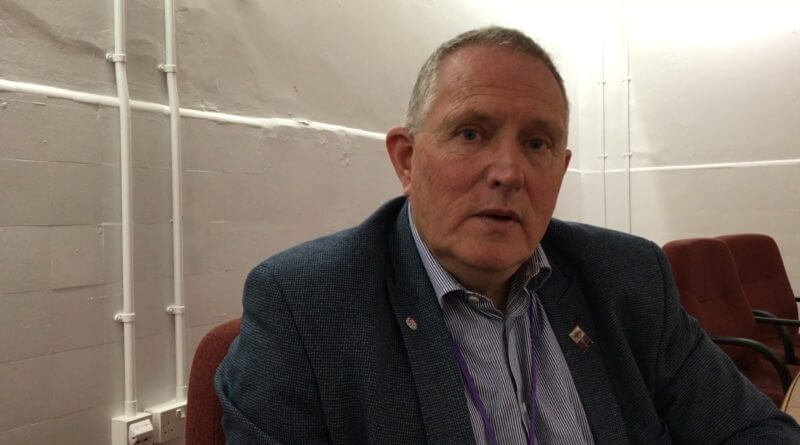 The deputy leader of the county council has taken aim at the police for “point blank” rejecting every attempt from the authority to lower speed limits.

Cllr Simon Spencer, who is also cabinet member for highways at the authority, said that police had a “carte blanche” approach to speed limit policy, refusing each application on the basis that the force does not have the resources to enforce them. He also claimed that there was a lack of consistency coming from the force.

Cllr Spencer claimed that this was due to the county’s Police and Crime Commissioner, Hardyal Dhindsa – the man elected to be the public face of the force – telling parish councils all over Derbyshire that he would support all of their road safety suggestions.

The deputy leader made the comments on Thursday, 31st January 2019, at a meeting of the county highways committee.

Cllr Spencer said following the meeting: “The police say they can’t enforce these speed reductions, they say they don’t have the resources. But it is not our job here to enforce road safety, my job is to keep roads to a good standard. They are not perfect but we rank very highly nationally for the quality of our roads among other local authorities, we are near the top. I find it incredibly frustrating when we have members of the public saying that the police support it (the lowering of speed limits). The Police and Crime Commissioner goes all over the county saying he supports, but the force says otherwise, it is not a consistent approach. We should be working closer together on these issues. They police aren’t policing 30mph zones, so why would they police a 20mph zone? If they are saying they are going to invest in highways officers, then they should be working hand in hand with us.”

Derbyshire Constabulary was approached for comment but had not responded at the time of this article’s publication.

Meanwhile, Deputy Police and Crime Commissioner, Kevin Gillott, said: “Decisions about changes to speed limits are an operational matter and not something over which the Commissioner has any influence. However, road safety is a matter of concern for him which is why, after years of cuts, as part of this year’s budget he has agreed to boost the roads policing unit significantly. There will also be more officers out on patrol across the county. In addition, in response to public views, he has just invested £30,000 to be spent on additional speed enforcement activity this year alone. Road safety is not purely a police responsibility which is why the Commissioner approached the local authorities last week asking for a meeting to address public concerns about speeding and safety on the roads.  We are waiting for a response.”

During the same meeting, the authority agreed to suspend three 20mph speed limit trials after it was found that they did not have a significant impact on slowing motorists. The trials were to be in Brassington, Ilkeston and Fritchley.

This was after a separate trial in Padfield, which has been ongoing since 2015, saw an increase of injury collisions from zero in five years prior to the scheme to three during it – although officers were quick to point out that speed was not found to be a factor in these incidents.

On this issue, Cllr Spencer said that it was imperative that he has a “county-wide” approach to setting policies on road safety, not a localised focus. He said that if he approved a 20mph limit at one village, such as Brassington, then lots more villages would come forward asking for the same measures, and this would make a low-cost project far more expensive. Cllr Spencer said that based on the evidence shown in the Padfield trial, and from recent Department for Transport research, 20mph speed limit zones “do not work” and only see a speed reduction of around 1mph.

One thought on “Criticism of Police on Speed Limits”