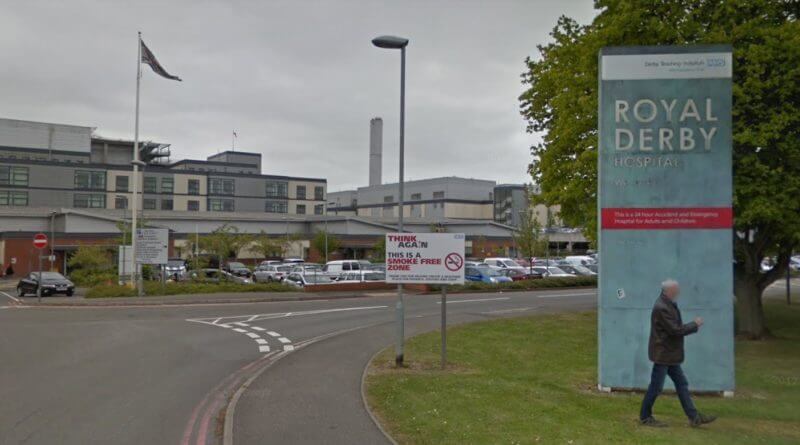 Winter pressures continue at Royal Derbys Hospital with cancelled operations, a late flu season and rising admissions. Alongside this are missed cancer treatment targets and patients left on the waiting list for more than a year.

On Tuesday 15th January 2019, at a meeting of the University Hospitals of Derby and Burton NHS Foundation Trust board, the organisation’s executive chief operating officer, Sharon Martin, responded to concerns. She stated that, while winter had so far proven to have another weighty impact, it had not been as bad as predicted, and staff had handled it, and are continuing to handle it well.

In January, so far, there have been 27 cancelled operations at Royal Derby Hospital. All of these were elective surgeries, mainly relating to orthopaedic patients – those who need treatment relating to their bones, joints, ligaments, tendons and muscles.

At the meeting, Ms Martin said: “There have been another three cancelled operations this week, but I can’t give you the figure for today. We have now had an increase in flu cases on top of the normal winter pressures. The flu season has come later this year, we are only now seeing the peak at RDH for instance. We have also seen a rise in people coming in with respiratory illnesses and patients with particularly high acuity (patients who require particularly intensive nursing care). Last year we saw admissions increase the most in December, this year it has been the January period – from December 27 admissions increased. At the Burton site they have been hit particularly hard, but all staff have adapted well.”

At Derby’s emergency department there were six days in December with more than 400 attendees, with the most coming on 30th December – 425.
The daily average increased by 3.9 per cent on last year, to 313.
In non-elective admissions, which are typically emergency incidents, Derby’s daily average rose to 96.
This is above the year average of 90.
The most admissions were on December 27 with 131.

Ms Martin was prompted by a fellow board member to claim the winter performance as a success. She said: “It is only January 15th, I have done 35 winters here and this one isn’t over yet.”  Ms Martin also said that there are a number of patients who have been on the treatment waiting list for a year.

She said: “We had 11 in November and in December we had 14 and aim to bring that down to zero by the end of March. Some of these could have been prevented at 30 weeks and we could have avoided the 52-week breach.  It is very frustrating for us and has been hindered by pressures in other areas.  One specialist treatment kit for instance just didn’t arrive in time, which cannot be helped. It should have arrived in December but has only now arrived.” She added that some of the delays were due to patients only being able to have appointments at certain times, such as in school holidays.

Ms Martin also stated that the trust had once again missed its 62-day target for urgent referrals for cancer treatment.  The most recent figure (for October) shows a 76.41 per cent success rate, below an 85 per cent target – this is 149 cases out of 195 being completed within the 62 days.

Ms Martin said: “It isn’t about patients waiting for operations or treatment, we are seeing a big increase in referrals.  We are getting close to the target, but not close enough, there is quite a lot of micro-management needed.  We have the third largest workload in the country for cancer treatment, and we are supporting Nottingham and Leicester due to their lack of capacity for robotic surgery.  We have also been asked by Northamptonshire to see if we could take on some of their patients too.  I still believe more needs to be done. Previously we were told that GPs were not referring enough patients for cancer treatment, that has improved but we are not meeting that demand.”

Dr Magnus Harrison, the trust’s executive medical director, said that the organisation “does good things” in relation to cancer treatment, which others do not.  He said: “Previously we had issues with performing prostate cancer operations in which we were operating and missing the cancerous cells. Now we greatly improve our chances by putting a small piece of plastic on the target area, on the mass, and this helps to guide the procedure, we are doing really good things.”

Ms Martin was also asked to make a prediction on the possible impact of Brexit on the trust.  She said: “We can only begin to make preparations for any shortages in supplies when a decision is made.”  She said if there were shortages of drugs or medical equipment “the absolute red line would be emergency care and operating cancer surgery”.

Ahead of the meeting, in a report, she wrote that the “planning window is shortening” due to uncertainty over the Brexit deal.
She wrote: “There is a lot more work that needs to take place quickly at national, local and Trust level to assess risk and develop mitigating action plans.  In the absence of guidance, business continuity planning at Trust level has so far been rather limited.  Pharmacy colleagues have some awareness through Pharmacy Networks of national plans to increase cold storage and stockpiling of medicines although this isn’t entirely transparent.  National shortages of medicines are commonplace and the medicines supply chain is already fragile.  Trusts are essentially being told this is all being dealt with nationally and they must not stockpile medicines locally or start to over-prescribe.”

An EU Exit Task and Finish Group has been established at the trust, which meets fortnightly, and will increase these to weekly meetings by March.
An earlier trust meeting stated that there are 277 members of staff who would potentially be impacted by Brexit.

An exhibition of Ola Wilson’s work is to take place at No.28. The exhibition will include artwork, installations and performances.

Belper Games Will Not Run For Second Year