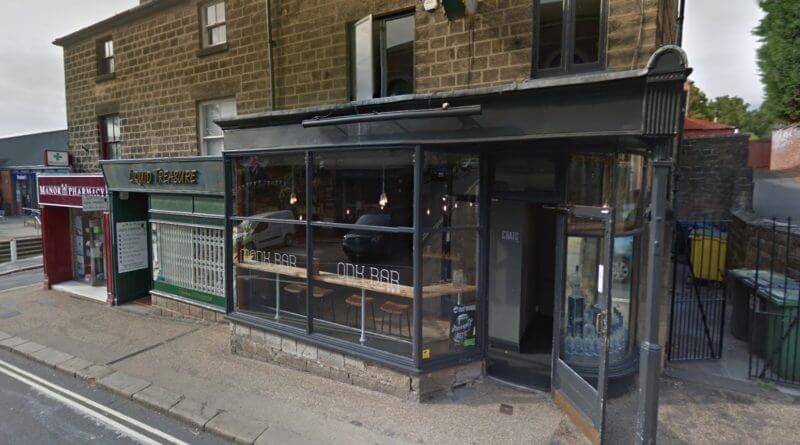 Monk Bar has been granted permission to extend the hours in which it can sell alcohol and play live and recorded music.

A licensing hearing on Thursday, 17th January 2019, held by Amber Valley Borough Council ruled that Monk Bar in Belper could remain open several hours later, until 2am on Fridays and Saturdays.

However, the licensing panel decided that clients of the popular wine and cocktail bar would not be allowed to remain in the venue’s outdoor courtyard past midnight – due to the potential for noise issues.

Alongside this, all doors and windows must also close at midnight.

The bar’s owner, Tom Ingham, said that the King Street venue was often still busy at its current closing time, and moving this later would disperse the amount of people leaving – and potentially causing disruption – at any one time.

The venue has been running since October 2017.

Speaking at today’s hearing, Mr Ingham said: “At the moment, we find that we are still busy at the time of closing. So we feel that closing later would benefit the business. We have had 36 temporary late-night licenses approved over the past year or so, with which we have stayed open until 2am and we have not had any complaints on those 36 days. We are not a rowdy disco bar, but a quiet cocktail and wine bar. We have reasonably expensive prices and the clientele reflects this. Because it is still busy at the time of closure, everyone is leaving at once and there is more noise.  If we are open later, you can stagger the noise created by people leaving, people would be leaving in couples or one group at a time.  We are a small business, not a conglomerate, it is just the two of us and we are more than willing to hand over our personal phone numbers to people have issues with the noise. We don’t want to have a personal issue.”

Mr Ingham stated that the main door of the venue is open throughout its entire opening hours, and this remained the case all summer, without complaint.

An objector, who did not wish to be named, spoke at the meeting. He said that his mother lives behind the premises.
The objector said: “We don’t like to fall out with any of our neighbours, but we need to state our thoughts and concerns. My mother’s house is about 40 feet from this bar. In summer and spring at 10pm it is very noisy. It is fine, my mum knows that she lives in the centre of a town, she is used to that, but we do not think that it should be kept open until 2am. It was a cafe before, selling jacket potatoes and the occasional half of beer, now all of a sudden it is a gin bar. There is a similar place around the corner that stays open until 11pm, but it is outside in the courtyard that is the problem for us. We haven’t objected before, because it is in a town. But 2am is just too late for little Belper.”

In response, Mr Ingham said: “I completely understand your worry. If on the odd occasion it is particularly loud then we would feel completely happy for you to drop us a text directly and to ask us to turn it down a bit.”

The anonymous objector stated that letters alerting the public about the licensing application were not sent out, as is the case with planning applications. He said: “If letters had been sent, more people would have objected. And there is no point putting it in the paper because nobody reads it nowadays.”*

*The paper referenced is the Belper News.  Publication of applications is legally limited to printed media sources.