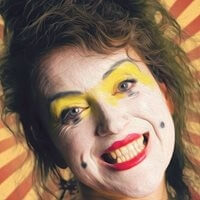 BLOODY MARY is coming!  THE TUDOR COURT COMES TO BELPER

“Welcome to the court of Queen Mary the first, where trust is scarce and the truth a stranger.”

A new play is set to premiere in Belper. ‘Bloody Mary’ tells the story of England’s first Queen Regnant from her accession to her death five years later, a period filled with religious persecution, manipulation, political intrigue and rebellion.

“When people talk about the Tudors they concentrate on Henry VIII and Elizabeth I,” said writer George Gunby. “Mary was England’s first Queen Regnant and the equivalent in rank to a King and she reigned in her own right. She is best known for executing almost three hundred heretics as she pushed forward the restoration of Catholicism, hence her reputation as a blood thirsty tyrant, but there was more to Mary than religious fervour.”

“The Tudors are never less than exciting,” George said. “Her story is filled with characters including the only female Court Jester in history, a husband who was determined to dominate Europe and a Pope who lived a life of leisure and decadence.”

Directed by Sue Reaney, ‘Bloody Mary’ is a big production with a large cast, film and live original music written and performed by The Ferretts. “From the beginning Sue Reaney has had a clear and exciting vision of the play and it has been fantastic to see it come to life.” Queen Mary is played by Kay Facer Swann, Jane Fool by Sali Gresham and Philip II of by Joe Campbell.

Bloody Mary was due to take place in autumn 2018, but was postponed due to illness.  The new date is Saturday 9th February.  Those who already bought tickets, and have not sought refund, were told that they could use their tickets when a date was rearranged. 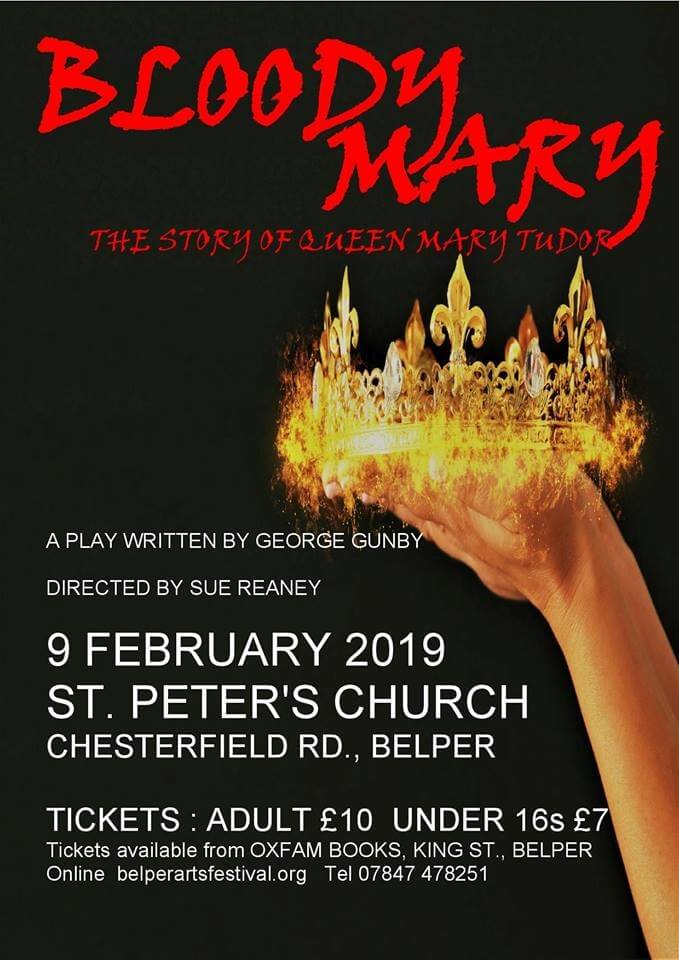