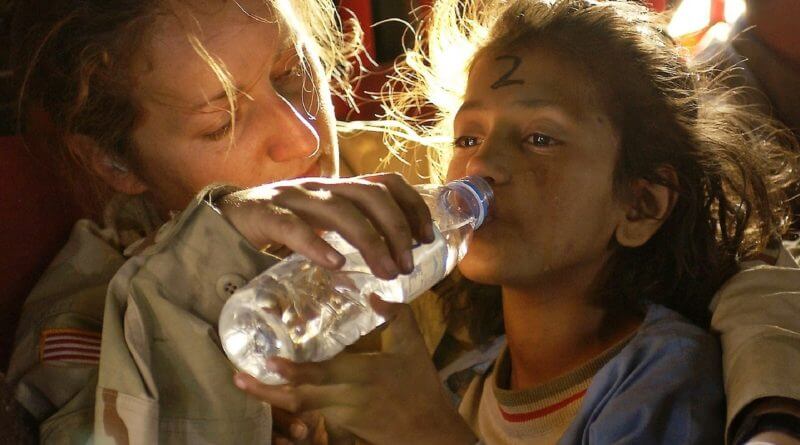 The number of Syrian refugees housed in Derbyshire is to be increased by a third.

In total, the country has provided a home for 81 refugees from Syria since November 2016, which is set to rise to 98 by April.
Now, an additional 30 refugees are to be taken, increasing the total to 128*.

Government funding is available for a five year period to support families resettled under the scheme. This is paid on a sliding scale, from £8,520 in year one to £1,000 in year five.

Caseworker support for the families is provided by Upbeat Communities, a Derby-based charity which specialises in working with refugees and asylum seekers.

The authority is to agree to the commitment to house 30 extra Syrian refugees at a meeting on Thursday, December 20.

A report on the subject states: “The families who have been resettled in Derbyshire have been warmly welcomed and are making a contribution to their local communities. When compared to national and regional figures, the families in Derbyshire are achieving better outcomes.  For example, 20 of the 30 adults resettled are regularly volunteering in a variety of roles, all families are involved in local groups, three individuals are now in work, including one of the September 2018 arrivals and all have agreed that their local area is a place where people from different backgrounds get on well.”

In May 2016, the county council set up two job roles at to coordinate placements and support, these are now set to be extended up until March 2022.

The report states: “This will enable the council to continue to support the existing families in Derbyshire and take care of the arrival preparations and subsequent arrangements for future families.”  It reiterates that the experience seen by the families housed in the first 24 months is that of an improving situation and positive reception from local communities.

Refugees will be taken directly from camps in the countries neighbouring Syria through a controlled form process via the Home Office and the United Nations High Commissioner for Refugees (UNHCR). Priority is being given to people who can’t continue to live safely in their own country. These include women, children and young people at risk, people in severe need of medical care, survivors of torture and violence, refugees with medical needs or disabilities and people at risk due to their sexual orientation.

Refugees will be granted a five-year humanitarian protection visa. This will allow them to apply for jobs and any welfare benefits they may be entitled to in the same way as other Derbyshire residents, including healthcare and access to education.

Alongside this, up to 97 (0.07 per cent of the county’s existing child population) unaccompanied and asylum seeking refugee children from areas including Syria, Afghanistan sand Eritrea could also be housed in the county through the government’s National Transfer Scheme.