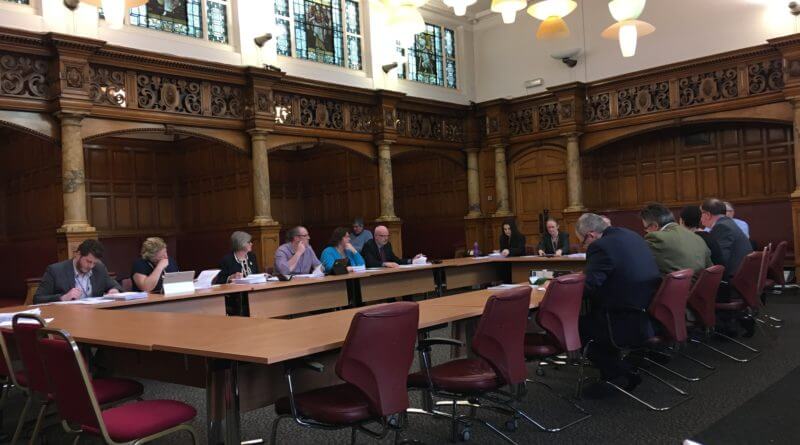 An “incidental” library offer is all that may remain at 20 libraries due to be handed over to volunteers by Derbyshire County Council.

During a Derbyshire County Council cabinet meeting today (Thursday, December 20), it was agreed that 20 of the authority’s 45 libraries will be handed over to community groups in a bid to save £1.6 million.

A staff review will take place at a later date with full union support, says the council.

This follows a mass public consultation which found that 45 per cent of people were opposed to the plans, while 31 per cent approved and 24 per cent either didn’t know or neither agreed or disagreed.

After today’s meeting, Councillor Barry Lewis, Conservative leader of the council, said that there was a risk that community groups may not come forward to take on all of the 20 libraries and, in these instances, the authority would have to take over cost-cutting measures.

He said that some of the most successful volunteer-run libraries may simply have “incidental” library offer alongside a range of other services.

Leader of the opposition, Labour’s Cllr Anne Western said that this was going back on Cllr Lewis’ pledge not to close any libraries and showed that he was now “desperate” to keep their doors open.

Cllr Lewis was also asked how many community groups the authority was working with, as a result of the consultation on its plans, in preparation to handing them over to volunteers.

He said: “We engaged with a lot of community groups during the consultation, of the 7,000 people who responded to the consultation, there will be a number who will have been expressing a wish one way or the other, many of them will have said that they are not necessarily in favour of this idea.

“But the question that we were not asking at that point was, ‘would you be prepared to take them on?’.

“We have just had the cabinet paper today, which has been approved, which means that we can begin to have those conversations with those community groups. To have done that beforehand would have prejudged the outcome.”

He said the council would now be going back to community groups to gather expressions of interest. The groups would then be asked to draw up business plans for each of the 20 sites, with some support available from the council.

The council report states that during the consultation, attendees at public sessions in Tideswell, Duffield and Melbourne raised concerns that there would be no volunteer or community support available to come forward to take on the libraries.

They said that the same volunteers in their areas were already working for multiple charities and could not take on another responsibility.

In response to this, Cllr Lewis said: “This is the beauty of community-managed libraries, if you get the model right you can build in all of the other bits into the libraries.

“Suddenly the community-managed libraries become a place, a location in the community where you can do other things as well as doing the libraries.

“So the libraries can in some ways, if it is a very small library for instance, become almost incidental, but it’ll be there, it’ll be their library offer, and it’ll be part of the county council offer.”

In response, Cllr Western said: “We’ve heard Cllr Lewis say that they want to combine them [libraries] with other things so the use of the building as a library becomes almost incidental.

“If the use of that building to lend books and have all of those literacy-related activities, if that becomes incidental, then that building is not a library.

“I think he [Cllr Lewis] has completely lost sight and got so bogged down by making this rash statement right at the outset that no libraries would close that he is getting desperate now, trying to find anything to keep the doors open.

The last two remaining mobile library vans could also be handed over to volunteers, with the authority set to be the first in the UK to do so – but if no groups come forward, the resources could be formed into book deposits at community centres.