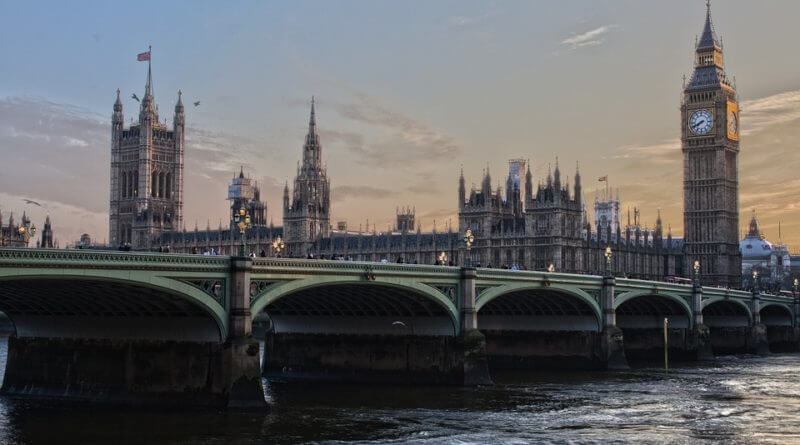 BelperStuff travelled to London last Monday to attend the SERA (Labour Environment Campaign) celebration, 10 years of the Climate Change Act. The keynote speaker was Ed Miliband who, as Energy minister in the last Labour government, introduced the act.

I was struck by Ed’s passion and thought back to the 2015 General election and the Labour manifesto that promised to re-focus the UK economy around the ethos of sustainable energy. As I listened to Ed I could not help imagining where our country would be now if Labour, led by Miliband, had won that election: the promised 1 million jobs in sustainable energy, increased funding for climate change related research and development, no withdrawal or dilution from the UK commitment to be a leading global force for the environment, no abandonment of UK initiatives to decrease UK carbon emissions, no fracking, oh and of course, no Brexit involving a withdrawal from EU environmental laws and regulations.
Returning home to Derbyshire on the train I sat thinking about the evening and wondered – what is the state of play in the UK in 2018? Have we made progress or are we as a nation backsliding? Researching this courtesy of East Midlands Trains WiFi led me to this document by the Committee on Climate Change. This committee was created in 2008 as an independent, statutory body whose purpose is to advise the UK Government and Devolved Administrations on emissions targets and report to Parliament on progress made in reducing greenhouse gas emissions and preparing for climate change.
This initial overview chart taken from the 2018 report illustrated the success of the 2008 act but also highlighted what Ed was talking about, that we have to put the environment at the heart of everything we do: 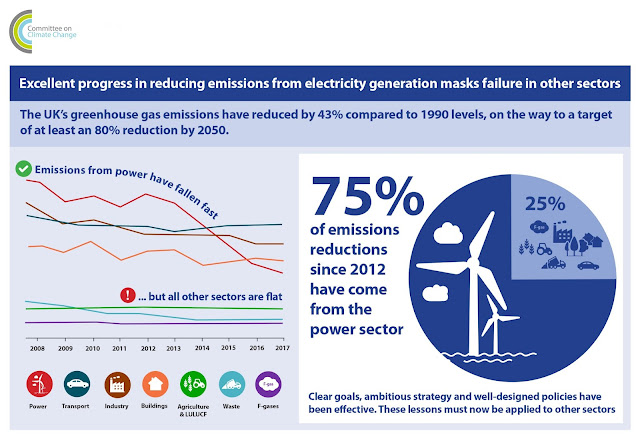 The verdict of this cross-party and independent committee on Tory performance since 2010 is damning: 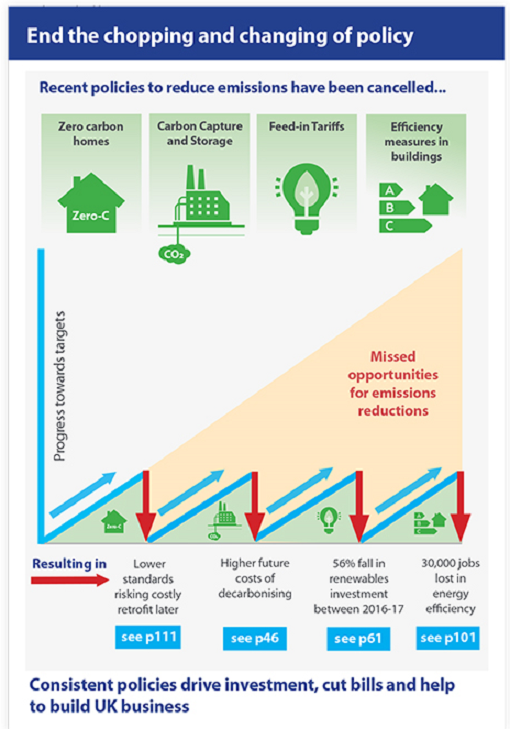 That cancelled policy chart references cuts that have had a direct effect here in Derbyshire. The County Council had planned 3 Solar parks whilst local Transition Belper activists tried to resurrect a Hydro facility at Ambergate, all were cancelled as a direct result of government cuts to sustainable energy projects.

I urge you to read the full document so that the betrayal of the present Tory government of the spirit and intention of the 2008 Climate Change Act can be understood.

I value being a member of SERA because it provides a focus for climate change and environmental thinking in the Labour Party. It’s not just about national and international policies but provides a means by which Labour Councillors and activists (be they parish, borough or county) can promote ecologically sound policies in their local area. As Ed urged, the environment should be at the heart of everything we do and SERA helps to make that possible.
For more information provided by SERA click this link.
By John Porter