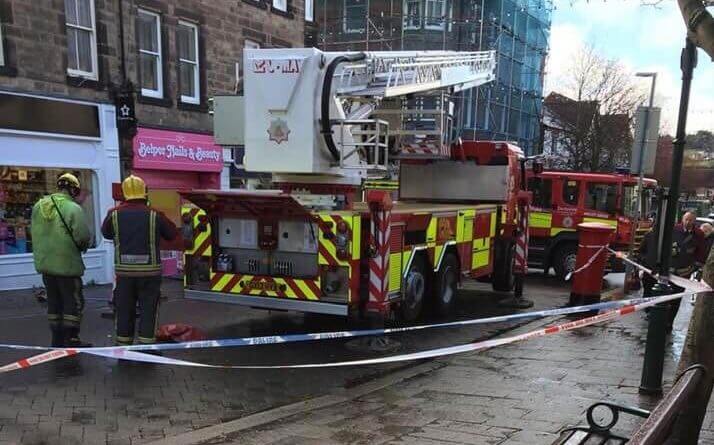 Before 11am this morning, 29th November 2018,  the high winds which Belper experienced today blew a chimney stack off the roof of Superdrug in King Street.

Derbyshire Constabulary confirmed to us that the chimney debris hit a vehicle parked outside.  Although BBC East Midlands have reported that a woman was hit and taken to hospital, the police informed us that no-one was in the vehicle, and no-one was injured by falling debris.

The police closed the road while emergency services of police and fire attended the scene to help clear debris for public safety and checked the rooftop to ensure there was no further risk to the public.

King Street was reopened to traffic once emergency attendance was complete.

Winds in Belper at the time were at 21 mph, with gusts of 37mph, according to the nearest weather observation site at Watnall.

Editor’s note: the original version of this article did not mention the BBC report.  It has been added for clarity of conflicting reports.