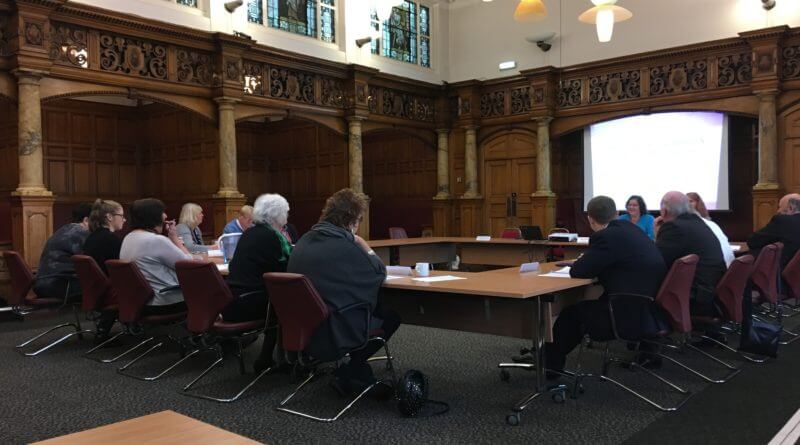 Helen Jones was appointed to the role of strategic director in July after transferring from Nottingham City Council.

She said today (Wednesday, November 21) in a meeting of Derbyshire County Council’s scrutiny committee that cuts to the service must be avoided at all costs.

This was after Labour councillor Nigel Barker called into question the authority’s use of external consultants.

She said: “There are a number of local authorities that are bringing in consultants to look at ways in which they can both improve people’s lives and be more effective.

“We must be looking at ways to reduce costs to the public purse.

“What we don’t want to do is make cuts to local services for people.

“We need to give people a service which enables them to live their lives and live as independently as possible at all times.

“External consultants can go out and give an independent perspective, bring them in for a short period of time, to stay ahead of the curve financially.

“What we don’t want is to be in the position of Northamptonshire and not meeting our targets.

“It is about being sustainable but at the moment there is an increase in demand for adult social care which is not being supported by government funding.

“We don’t want to make cuts and make things worse for people. We need to be both sustainable and to improve people’s lives.”

In September the authority’s savings targets rocketed from £53 million to £70 million – to be achieved by 2022.

This was after reassessing the demands to its services.

Some £12.4 million of these cuts are scheduled to be implemented this year.

Some £5 million of this year’s budget calls fall in adult social care, slightly lower than £5.3 million cuts to the service last year.

A spokesperson for the council said that the authority’s bill for adult social care will rise by £11.8 million from 2018-2023.

In the past five years, the county council has gone from catering for just over three quarters of requests for care to just over half.

Some of these requests were directed to another service at the council, outside of adult social care, and others to different public bodies such as health services and the independent and voluntary sectors.