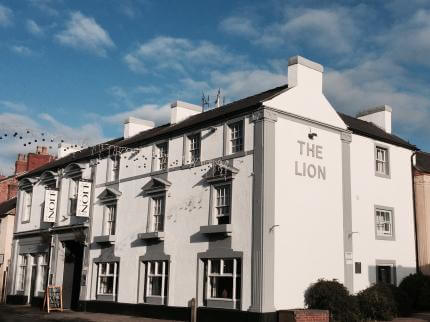 THE BIG GIVING GIG is an evening of music organised by DERWENT VALLEY ON DEMAND, HOPE FOR BELPER and the LION HOTEL to support local charities.

AND, TO ENTER THE EVENT, BRING ALONG PUDDINGS, PIES AND PANTS…. ACTUALLY CLOTHING OF ALL SORTS.

Organiser James Oldrini said “It is a time of year for giving and a time to help people who are homeless. Belper people are incredibly generous and we hope that will be reflected on the evening.”

Or hats, scarves, gloves, fleeces, jackets, single size bedding, blankets & pillowcases … in fact anything you might need when it is cold.

The evening will be filled with local musical talent. Phil Doleman will be featuring tracks from his latest album ‘Skin and Bones’. Sue McFarlane, Emzae and Simply Mel complete the bill.

“We are very grateful to the musicians for giving their time. They all agreed to take part without any hesitation,” said James Oldrini.

THE BIG GIVING GIG will take place on 29 NOVEMBER at THE LION HOTEL at 7:30pm