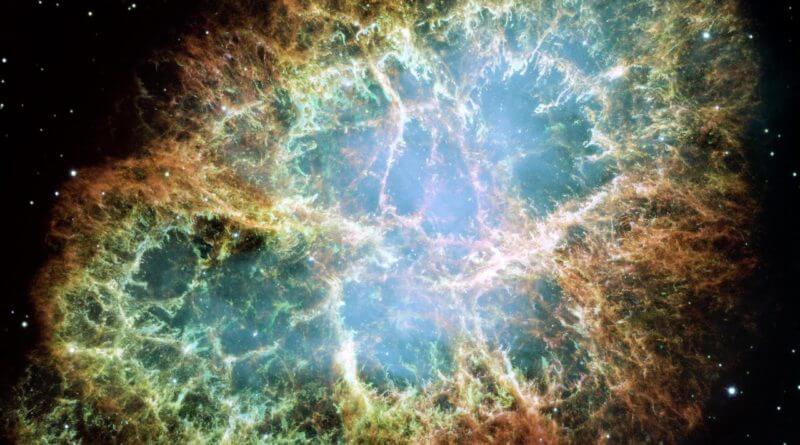 In November’s night sky: The Taurids and Leonid meteor showers. Mars is still bright – look for it in the south. The other main planets are more difficult to see this month.

For those interested in deep sky objects, DDAS are presenting an introductory talk on Messier Objects (details below).

The Taurids meteor shower has a low rate of activity but can produce bright meteors – so they are worth looking out for. Taurids are the result of debris left behind by Comet Encke, they produce slow moving meteors.

The meteor shower has a broad peak and Taurids can be seen from early November. The expected rate this year is around 5 meteors per hour. Try looking for them on the 7th of November as soon as it gets dark, although the best time to catch one will be around midnight when the radiant point is high. The actual peak of the shower is on the night of the 11th into the 12th – but a waxing crescent moon may spoil the view.

As always, find a site away from light pollution and a position where you can see as much of the sky as possible, and then just look up.

In contrast to the Taurids, the Leonid meteor shower produces fast meteors which often leave glowing trails behind them. Predicted rates are around 10 -15 meteors per hour on the peak nights of the 17th into the 18th of November (Saturday evening into the early hours of Sunday morning).

Start looking for Leonids after 10.30pm, however the Moon will be in the way then. Observed rates will normally increase as the evening goes on. The best time to see the meteors will be after midnight up to around 2.00am in the morning. At this time the radiant point will be directly overhead and the Moon will be setting. Leonids can be seen from the 14th of November onwards.

Note that the rate of meteors seen will drop off after the peak nights of the 17th / 18th.

The red planet can be seen clearly this month, still shining brightly in the south-west as darkness falls. It is close to a waxing Moon on the 15th and 16th. Small telescopes will resolve Mars into a small disc, close observation (or a larger telescope) may reveal some surface markings.

Saturn is becoming more difficult to see now. It may be possible to glimpse it in the south-west, low in the evening sky as dusk falls. Look out for it on the 11th when it is just below the crescent Moon.

Venus is very low in the east and may be seen just before dawn. It should be higher in the sky at the end of the month. Look for it on the 3rd of December, around 7.00am in the morning, when it will be close to the Moon and the bright star Spica.

The Spot the Station website is currently showing sightings up to the 13th of November. ISS will appear, tracking across the sky, in time slots ranging from 4.08 am to 6.40am over the next week. ISS fly pasts are relatively short, about a couple of minutes. To be sure of seeing the station it is best to check the Spot the Station site for the exact times, direction and duration of flypasts. You can also sign up for text and email alerts using the link here: Space Station Alerts. The service only alerts you to good sighting opportunities (sightings that are high in the sky and of long duration).

Derby And District Astronomical Society: A Talk on Messier Objects

The astronomical society’s next “Introduction To Astronomy” evening will be held on Friday 16th of November, from 7:30 pm onwards at The Friends Meeting House, St. Helens Street, Derby, DE1 3GY. DDAS member Mike Lancaster will be talking about Messier Objects. (Non members welcome).

The idea of the DDAS introductory meetings are to allow people more time to have their questions about astronomy answered and to discuss things at a greater length than at the ‘main’ meetings. There is a collection which helps pay for the rental of the Friends Meeting House which is £1 for members and £3 for non-members. If you would like more details please email DDAS Secretary Brian Dodson:  secretary@derbyastronomy.org