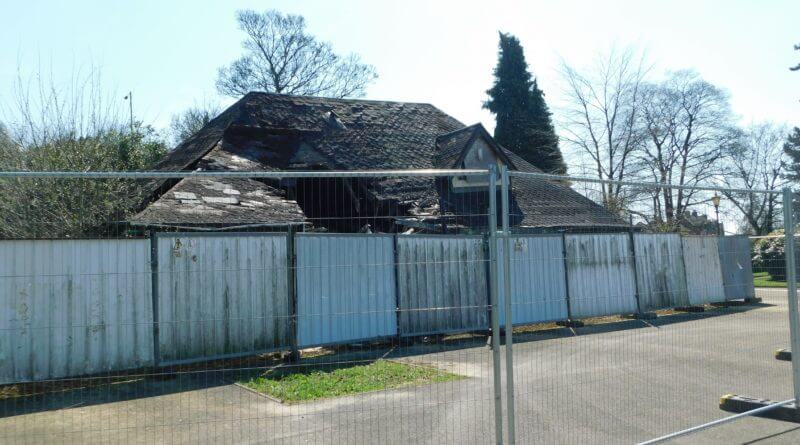 Funding for the project was committed in March and in June, after a three-month delay for further scrutiny, the authority put out a tender to find a company to design and build the new facility.

Belper has been waiting for a replacement tea room for nearly 40 years.

The council said that any design would have to be in keeping with the heritage setting of the current site and that it could cost up to £290,000 after an assessment from a specialist catering consultant.

This search for a contractor was due to finish in September, but nearly a month later, the authority will still not reveal how many companies, if any, showed interest in the scheme.

A spokesperson for the authority said: “The council won’t release information that pertains to a tender process, whilst the process is ongoing, as this is regarded as confidential information.

“The council will release information at the appropriate time.”

The project has been bankrolled through £190,000 from the borough council, and Belper Town Council, which has previously committed up to £100,000 towards the replacement.

The Belper Tea Rooms Association has also been fundraising for a replacement by hosting events and through its “Buy-a-Brick” campaign through which members of the public can donate funds to buy a virtual brick.

There has been a “catering operation” in Belper River Gardens since 1905.

However, in 1982 the cafe closed and the building in which it operated from has now fallen into disrepair and is currently derelict.

It recommended that instead of a cafe, the replacement for the tea rooms should be a kiosk with a kitchenette with some internal seating.

This could also include “al fresco” catering on event days when larger crowds are expected.

It said that the community enterprise proposal for the site was one more suited for larger parks “that have more amenities, greater visitor numbers and are located near to densely populated/high foot traffic areas.”

It stated that the proposals put forward by the the tea rooms association were “incorrect,” and “need refining.”

The consultants said that the peak month for the tea rooms is July with a maximum over 117 covers a day, with a 100-plus seat cafe suggested by the association.

The firm said that a 50-cover cafe could handle this amount of people.

The association’s proposed build cost of £450,000 would not be possible to fund due to the doubt that a business would be willing to inject the required money for “such a small scheme”, which the consultants say was “exceptionally unlikely.”

Combating this, the association said: “We do not feel that the ADC report justifies a change in direction” and that “we would not object to AVBC making a larger capital contribution of course.”

It also said that: “ADC have not considered the wider benefits of having an attractive tearoom building in Belper River Gardens.

“These include additional revenues to AVBC from business rates and parking, economic benefits for the area, the value to the World Heritage Site and wider community benefits including the very important potential for promoting the Gardens for people with disabilities because of its accessible riverside location.”

The group calls the suggestion of a smaller kiosk building a “risky approach” due to it being “vulnerable to flooding” and “therefore may not obtain planning permission”.