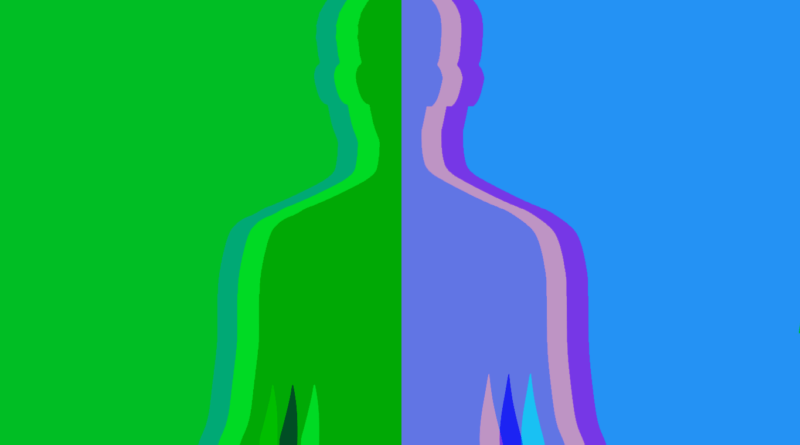 When talking to Belper locals, negativity and Belper can often feel like the antithesis of each other.  An eco-friendly, tight-knit community of friendly folks in the countryside can appear like the closest place to J.R.R. Tolkien’s Rivendell we are ever going to get.  I believed this, and I still believe that Belper is the most positive place to live and grow up in, especially in a post-Brexit world.  However, I am starting to feel as though Belper is not as perfect as we lead ourselves to believe and that we must address some internal issues before embarking on a new era as Belper is labelled “the place to be”.

This is not concerning Brexit, no, this concerns racism, or at least small-town xenophobia.  I don’t plan on being the martyr for race relations in Belper, I’m the wrong person for that, but I feel compelled to inform on something rarely discussed in this white majority town.  For the past year or so, I’ve been reflecting on my childhood and the questionable actions some kids in Reception took, like pulling back the skin each side of the eyes to form thin eyes with the intention to mock Asian eye shape.  They were young, only being able to use stereotypes of races to form a basic view of the world because that is what 5-year-olds do.  At 17 years old, I would like to think better of those around me, but unfortunately that is not the case.  Maybe I became oblivious to British racism as I dived headfirst into learning about the violent and vast American racism, or maybe I’m sheltered.

For perhaps the first time in 11 years, I witnessed a disgusting level of racism similar to the playground racism of primary school…from people I see every day.

On Monday 1st October, my school hosted a class of Japanese students. While I didn’t meet with them as they were spending time with younger years, I sat on a computer finishing off some work during lunch as the class of students walked around side by side with my white peers.  However, what I witnessed within a 45-minute period was:

I never expect those my age or younger to be positive and accepting of people from all different backgrounds but I never expect them to be ignorant, prejudiced, or derogatory either.

What if this visit was those students first time in England and they heard this prejudice towards them from some Belper students?  What do you think they are going to tell their parents about Belper?  That label of “the place to be” slowly begins to peel off like a paper sticker in the rain.  It is meaningless if the perception of Belper becomes “racist town”.  I have to wonder if Belper is the place to be but actually the place to be for a white demographic.

These people passed by me quickly so I never confronted them on their views but I do regret not confronting them.  While discussing with friends, I grow angrier and more frustrated when I contrast the vile language with what Belper prides itself on; unity and community.  Do not view this as an attack on you, your friends, or children but hopefully, as a catalyst for positive change.  I urge you to reflect on your own actions, to treat others how you wish to be treated, and to talk with those around you about racism and how it is illogical to judge someone for something they’re born as.

And now I leave you, the reader, with some questions: where do we go from here? What can we do to grow stronger as a community? Can we dispel racism from our community or is it something we cannot defeat? What are your experiences?

3 thoughts on “Youth Voice: Belper – We Need To Talk About Racism!”