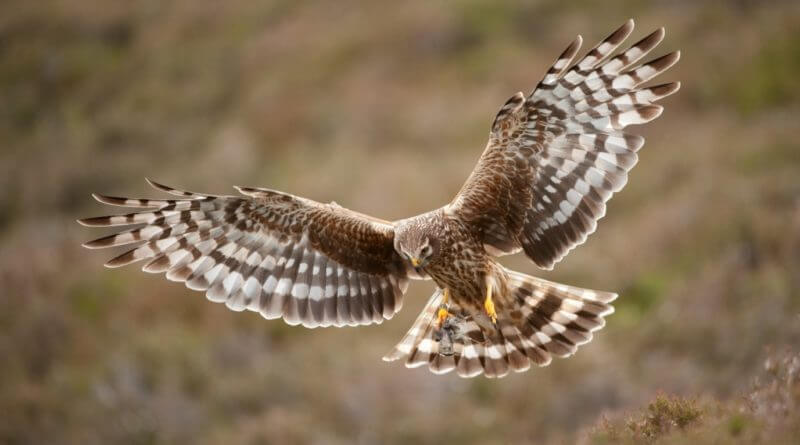 Earlier this week RSPB reported that there had been 68 confirmed instances of bird of prey persecution in 2017 – with only one conviction.

Already this year we have seen the disappearance of a ringed hen harrier chick from the Peak District National Park as well as the shooting of a red kite on Saddleworth Moor.

Tim Birch, Head of Living Landscapes at Derbyshire Wildlife Trust said, “This has got to stop. Often, wildlife crimes are not reported so the actual figures are likely to be much higher than those stated. There are laws in place which should protect these special birds but they are being ignored and we must, collectively, be much stronger about raising awareness and ensuring the laws are enforced.”

Dr Jo Smith, CEO at Derbyshire Wildlife Trust added, “We want to see healthy wildlife rich landscapes in our National Parks and this will only happen if inappropriate management and illegal persecution stops. Nature’s recovery is vital and we believe everyone should have the opportunity to see some of our most spectacular wildlife including peregrines, hen harriers and goshawks.

Along with many others, we’re calling on the Government, the conservation sector, decision makers and landowners to work together to ensure a wilder Britain.”

How can I report a wildlife crime?

If you think you have witnessed a wildlife crime or you have any information regarding a wildlife crime please contact Derbyshire Constabulary immediately on 101 or anonymously via Crimestoppers on 0800 555 111.