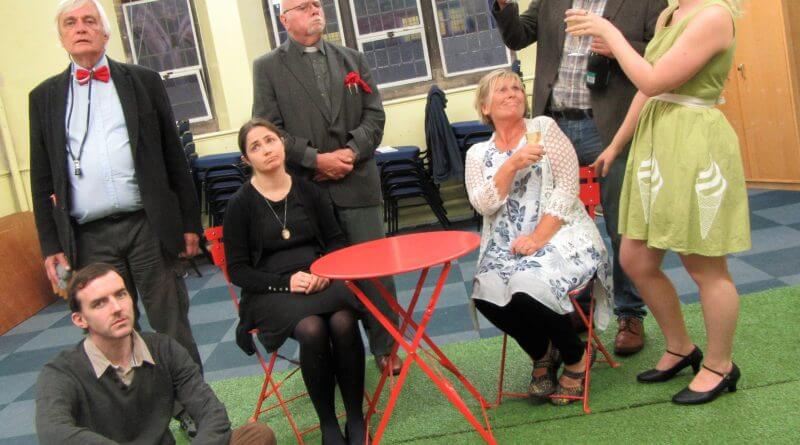 Belper Players return next month with an Alan Ayckbourn play which goes deeper and darker into the mind of Susan, a middle-aged housewife who has suffered a bump to the head.

In Woman In Mind, Susan begins to experience hallucinations in which her disappointing real family are replaced with a perfect fantasy husband, daughter and brother. But as the dream family start to turn on her, she realises she is losing her grip on reality.

Sara Noble-Nesbitt is directing the play, which is on at The Strutt Centre in Derby from Wednesday 17th to Saturday 20th October.

“Susan is one of the best roles for a middle-aged woman I have seen,” said Sara. “It is interesting to see a woman who has always played the supporting role for her family take centre stage.

“The play is incredibly well constructed, as you would expect from Ayckbourn, but it is unusual that it is written from one character’s point of view. We only get to know Susan’s family, and her fantasy family, through her eyes – and she is not the most reliable narrator.”

Jane Wilton, who directed Belper Players’ last production, the Eagle award-nominated Billy Liar, returns to acting to take on the role of Susan.

“Working with Jane and the cast has been a wonderful experience. It’s been a real collaboration of ideas,” said Sara. “Although the play was first performed in 1990, the fantasy family could have stepped right out of social media. There will certainly be laughs, but it’s a very poignant piece.”

Tickets are £10, with £8 concessions available for the first night only. All performances start at 7.30pm. Contact 07544 374088 for tickets or book via www.belperplayers.com.