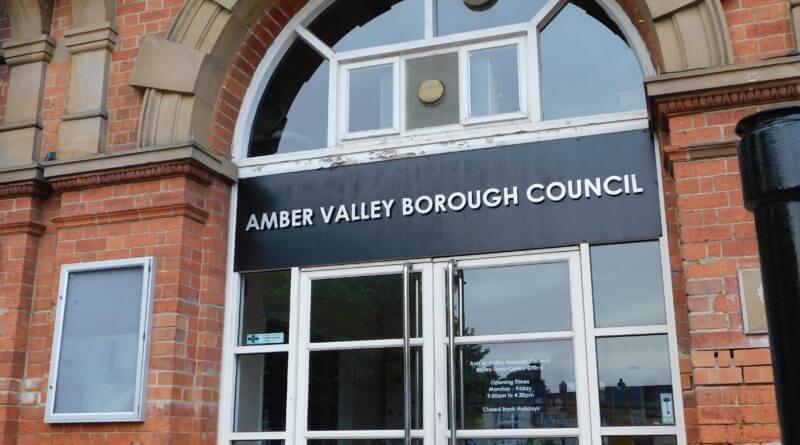 A borough councillor claims that a business chosen to conduct an independent green belt land review is “inappropriate” due to it “boasting all over Twitter” about securing controversial planning permissions on green belt.

Having an area of countryside designated as green belt gives it more protection as potential investors must ensure they do not negatively impact the area by, for example, generating too much noise or a foul smell.

But Amber Valley Borough Council may need to “delete” some protected areas so housing targets can be met.

Like many local authorities, it is under pressure to publish an up-to-date Local Plan – a blueprint for future development in its area – or face government intervention.

This plan will include targets for how many new houses could be built in the borough and sites which have been allocated as priority areas for homes or other new developments to be built on.

The borough council has sent off its Local Plan to the Secretary of State for examination and this is now being looked at by an independent inspector.

That inspector said, in June, that there would be a pause to allow for a green belt review – the first in Amber Valley for 30 years.

Since then, the borough council has drafted in the services of DLP Planning Limited to run the review, which could see areas of land “deleted” from the green belt – highly protected land, on which development is deterred.

Nearly 200 acres of land to the north of Denby, known as Cinderhill, are already set to be removed from the green belt to pave the way for 3,000 houses and nearly 30 acres of business and industrial space.

DLP Planning Limited, based in Bedford states on oits website that it has enabled development to take place on green belt land.

Borough councillor Ben Bellamy, Labour, said at a meeting yesterday, Wednesday, September 19: “A large part of what this company does is ensure that planning approval is allowed in the green belt.

“The fact that they have been chosen for this review seems inappropriate when they are boasting all over Twitter that they have secured planning in the green belt.”

After the meeting, Cllr Bellamy, who represents the Belper North ward, said that he simply could not believe it when he found out which company had been chosen.

He said: “I was flabbergasted. I thought I’d check on the company to see whether they would do a good job, or have in the past, and I just found them boasting about gaining planning permission in the green belt.

“It doesn’t look good for an independent review if the company is working with developers.”

Roland Bolton, a senior director for DLP, said that the firm would be entirely independent.

He said: “We are a completely independent company and our work has been deemed acceptable by other local councils that we have worked with previously and we must also follow in strict accordance with our own code of conduct, and that of our professional industry standards. I must stress that when we have worked with local councils previously they have found our work acceptable.”

DLP states on its website that, in May this year, it secured planning permission for two luxury houses in the green belt near Alveston, South Gloucestershire.

In February, the firm says that it had lodged an appeal to secure permission to build three large homes in the green belt in the village of Aspley Guise, Central Bedfordshire.

In the same month, DLP also appeared at an appeal hearing to allow development on land in the green belt at Goffs Oak, Hertfordshire

In January, the firm successfully overturned a decision against permission to build a large detached house in the green belt in Aspley Guise, Central Bedfordshire.

Also in January, DLP stated “we are pleased” to have secured permission for an additional floor to be built on a bungalow in the green belt at Wentbridge in Wakefield.

In its local plan, which is now seven years in the making, the borough council aims to earmark areas where 9,770 houses could be built by 2028.

The inspector had concerns about whether houses could be built on some of the  sites allocated in the plan by 2028.

Council officers wrote back to say that the process of identifying and proposing additional sites is likely to require land currently within the green belt.