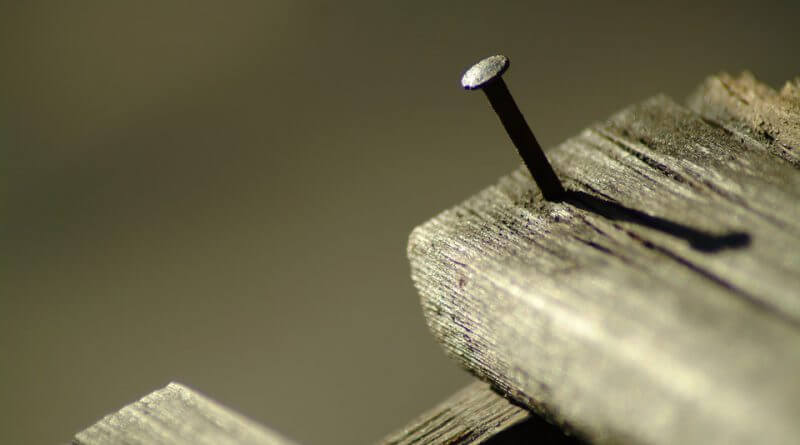 After three years, and having achieved an almost Adrian Farmer level of Belper knowledge, I’m stepping down as the editor-in-chief of Nailed.

At the end of September I’ll be bowing out of being Belper’s best newspaper boss (my words) and you’ll have an all new editor: Clare Washbrook.

Over hundreds of articles I’ve covered protests, planning, peddlers, preachers, panthers, potato heads and everything in between. I can as a result confirm that, despite what people might think, there is more than enough newsworthy things happening in our small town to fill a community newspaper.

When a group of people met at The Lion pub in 2015, with the aim of setting up Nailed, I had no idea I would be picked as the editor let alone what sort of publication it would become. What I did learn (on top of a million other things) is that it takes time to build up a trusting relationship with your readers. We live in a world where trust is in short supply, so it means a great deal to me that the people of Belper found it in their hearts to get behind this little newspaper.

The main reason for leaving is that I am starting a new job and will have less hours to dedicate to the publication. I also love writing and one of the cruel downsides of running a site like Nailed is that you rarely get enough time to do any. Somewhere in between editing press releases, emailing people, altering images, posting on the site and checking social media you end up leaving the fun stuff until last (or just not doing it all).

I want to thank the core team at Nailed; David George, for voting me into the position in the first place; Tony Webster, for assisting with all the complicated regulatory procedure; Emma Clinton, for her dramatic local photography and articles; Chris Copeland, for looking after the finances and Clare Washbrook for being Nailed’s premier journo and stand-in for me when I needed to escape the country. On top of that there is the hundreds of regular contributors that make the site a truly a community newspaper and of course, you the readers.

Speaking of Clare Washbrook, as mentioned she will be taking over from me as the all new and improved editor-in-chief of Nailed. She brings a vast amount of journalistic experience to the role, a deep understanding of the town and most importantly a fresh voice to the publication. I’m excited about the future of Nailed and I know I will be leaving the newspaper in very capable hands.

So, that’s it, I think. Fear not though, I’ll still be part of Nailed behind the scenes and – fingers crossed – I should be able to continue to cover the musical scene of Belper and other interesting cultural events that happen nearby.

See you in Fresh Basil for a breakfast (other eateries are available).

Oh and one last thing, we are always looking for new volunteers so if you are interested then please do email us here to enquire. Nailed will also be fundraising at the Transition Belper Cafe at No28 at the end of October, so come down and have a chat with us about what we do.