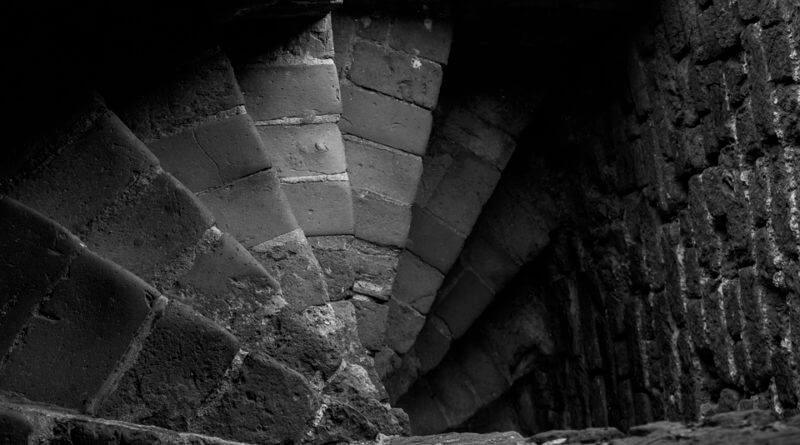 The National Trust and DerwentWISE are working together to help visitors picture how Duffield Castle might have looked.

The tarmac capped foundation stones of Duffield Castle give no hint of the stature of the fortress that once stood on the site. That’s why the National Trust, working with DerwentWISE, are asking visitors to rebuild the Castle in their imaginations.

‘In September we will be installing some new signage on the site to help fire people’s imaginations before they arrive at the castle remains’ reveals Rachel Costigan from the DerwentWISE partnership. ‘We wanted to create the feeling of a legend around the Castle and the story behind it’

Jo Watkinson from the National Trust added: “As a scheduled ancient monument we are taking a lot of care over how we install the new signage. Historic England has given approval for the proposals. Permission has been granted to remove some of the vegetation that is obscuring the view to the East that made it a good strategic position for a castle.”

‘A complex sequence of political manoeuvres led the King to order the destruction of the de Ferrers castle on this site. It instantly made us think of a game of chess’ said Johnathan Leech from the Duffield Arts Festival.

Duffield Castle was a Norman Castle which faced the Derwent River. Around 1066 Henry de Ferrers (sometimes spelt Ferrars), having rendered great service to King William, was granted estates in Derbyshire, which became known as Duffield Frith. Needing an outpost to protect his lands further north, he built Duffield castle. At some point the castle was razed to the ground with all of the stone being used for other buildings. The site was rediscovered in 1885 and can be accessed from the A6.

Look out for a performance at the Castle as part of the Arts Festival on September 22nd and 23rd that explores this idea further.

DerwentWISE is the Lower Derwent Valley Landscape Partnership hosted by Derbyshire Wildlife Trust and funded by Heritage Lottery Fund. The project focuses on restoring the valley’s natural and cultural heritage. For more information about the project and other events that will take place to mark the final year please visit www.derwentwise.com.