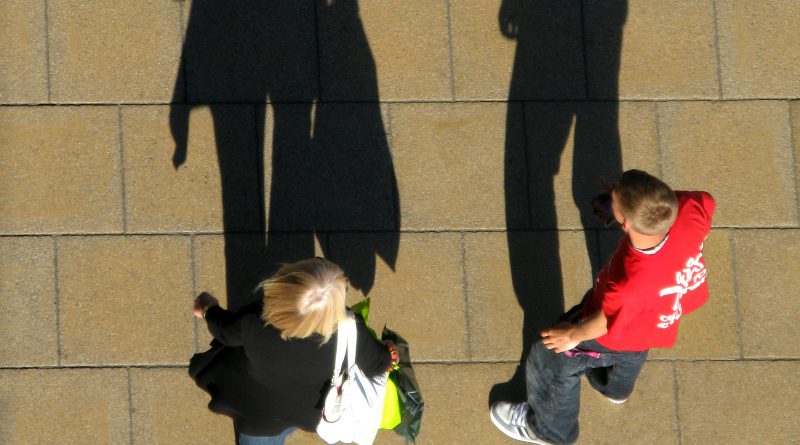 Shoppers are furious at being “harassed” by what they describe as “over-zealous” sellers ambushing pedestrians on King Street, Belper.

Pedestrians and shoppers are frustrated at having their paths blocked by aggressive salespersons, having to change course to avoid them as they walk down King Street.

Neil Hallam, a Belper resident, said: “On a visit to the town centre recently I was the reluctant recipient of gushing greetings from all three members of one charity team – and when I retraced my steps later I was swooped on again by two of them.”

“Some of the most persistent of these ambush operators create what amounts to a blockade of the street and will not be deterred by a simple, polite “No thank you.”

“I have no problem whatsoever with traditional charity collectors shaking their collecting boxes at street corners. What I do resent is that a local authority that is elected to serve the interest of the town’s citizens should collude with commercial opportunists to create a public nuisance.”

Street Trading consents are issued by Amber Valley Borough Council and are available only in designated areas such as Bridge Street and King Street. The fees to trade are annual and range from 1 day at £750 to 7 days at £1395.

This year Belper has had street vendors operating for 7 of the 32 weeks and 3 of the agencies operating have been charities.

Cllr Ben Bellamy said: “I receive a good number of complaints about Charities asking people to sign up for Direct debits. Many people are uncomfortable in dealing with paid fundraisers.

“Where in the past it was volunteers with collection buckets, these paid fundraisers have earned the moniker ‘Chuggers’ – Charity muggers, and not always without good reason.”

Heather Davidson, on the Nailed Facebook page, said: “I hate the group of utility salespeople, too intrusive and unable to read your body language when you aren’t interested, and then persist in trying to convince you otherwise, tedious.”

Speaking to Vicky England, the Markets and Town Centre Officer for AVBC, she said: “All street vendors are provided with guidelines for street trading and are monitored through ‘secret shopper’ style visits to ensure they are working within our guidelines.

“When this activity was first introduced, we did receive a number of complaints and this did result in one agency receiving a temporary ban from promoting in any of our town centres.

“So far this year we have not received any complaints regarding street vendors in any of our town centres.”

Back in July 2016 the Fundraising Regulator took over from the Fundraising Standards Board with the aim of “protecting donors to charities based in England and Wales”. It came about as a consequence the Etherington Review, which looked into the practices of charities after several high-profile incidents brought their behaviour to the publics attention.

The FR is a voluntary, independent regulator of charitable fundraising in the UK aims to ensure that fundraising remains respectful, open, honest and accountable to the public. They accept complaints and take responsibility for the Code of Fundraising Practice which was developed by the Institute of Fundraising.

Should any individual wish to comment on, or complain about street vendors, they can do so using the AVBC enquiry form on the website – www.ambervalley.gov.uk