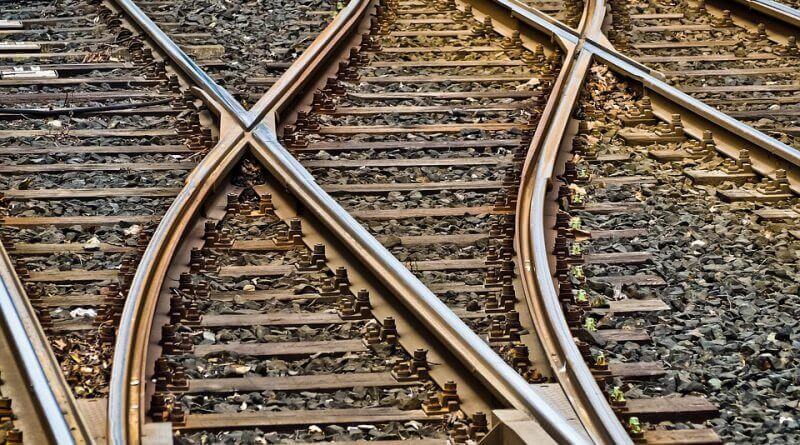 Belper train passengers will already be aware of the engineering works in Derby Station this summer and the bad news is that it will be getting worse before it gets any better.

London trains reduced to one an hour (then none for seven days), no trains to Chesterfield or Sheffield, no Cross Country trains to north or south, the Matlock train only runs to Derby (later, no service at all for over a month).

For detailed information about dates and bus replacements go to https://www.derby2018.co.uk/.

So why is this happening?

Derby Station was opened in 1839 as the southern terminus of the North Midland Railway linking Leeds, Rotherham, Chesterfield and Derby (Sheffield was added soon after). Since that time railway routes and services have developed to a degree that would be unrecognisable to the early railway pioneers; Derby station growing to accommodate the extra traffic with additional platforms and tracks. Unfortunately, all this growth created a bottleneck to the south of the station, a two track section through which all passenger and many freight trains had to run (marked on the diagram below with a black circle). It is the elimination of this bottleneck and the installation of modern signalling that is being undertaken this summer.

To understand this bottleneck I have marked the 3 distinctive routes and services as:

If all goes to plan the work will be completed by 7th October with all trains running normally from the following day. The new layout separates the three principal routes at the southern end of the station which will have a major, beneficial effect on timekeeping and capacity. Passengers will find that their trains may well be routed through different platforms:

A wasted opportunity to electrify the route?

The original intention was to electrify the East Midlands route through Derby during this blockade, in time for the St.Pancras to Sheffield services to change to electric trains by Autumn 2019. The governments cancellation of this scheme is particularly galling. The blockade would have been an ideal time to electrify the route up to Ambergate but now this will not happen.

I have heard it said that heritage problems such as the bridges at Belper were a deciding factor in the cancellation but this was not so (previous BelperStuff post on why the East Midlands electrification was cancelled). There are many ways in which the railway could have been electrified through Belper and Ambergate with no undo expenditure or adverse effect on heritage assets. What a wasted opportunity.

Hopefully I’ve made no mistakes and all the above information is accurate but don’t forget that reliable updates on travel can be gleaned from East Midlands Trains here or go to National Rail Enquiries.

One thought on “Why Are There No Trains In Derby This Summer?”