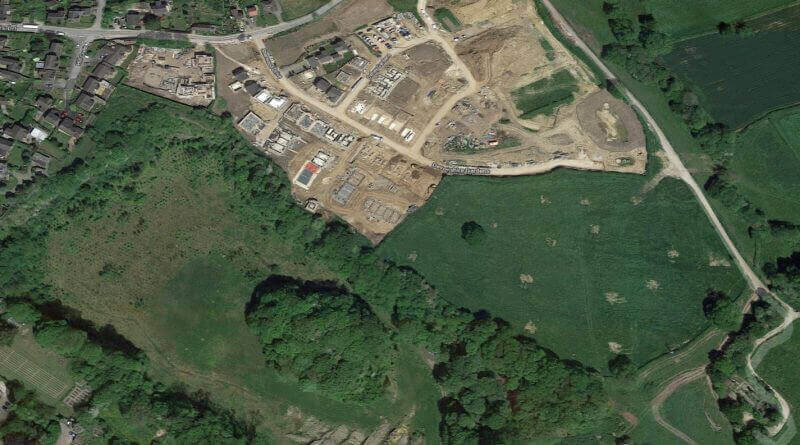 Final plans for 58 homes near a former Rolls-Royce radioactive waste dump in a Derbyshire village are set to be decided.

The properties off Roes Lane in Crich would form the second and final phase of a wider scheme for a total of 171 houses, submitted by Harron Homes.

It is thought the scheme, which borders the former Hilts Quarry and a disused refuse tip, involves an overall investment of £13 million.

Rolls-Royce had used the quarry to dump low-level radioactive waste.

In the original planning application, put forward by Gladman Developments and assessed by Peter Brett Associates, it was found that the main risks posed to future residents would have been by contamination of groundwater and the release of radon gas – a “daughter product” of uranium.

But the report found that the area, which already has an elevated level of natural radon, would not be affected by the landfill, though radon protection will be needed on new houses.

Initial approval for the remaining 58 homes was given the go-ahead by Amber Valley Borough Council in April 2017, but now the plans have returned for a final sign-off to decide on the layout, scale and appearance of the houses, as well as relevant landscaping.

A report submitted by the applicants states: “As a continuation phase of an overall masterplan, it has already been established that the development of the site for housing is appropriate.

“This proposal creates a locally-responsive development that is robust, legible, accessible and sustainable.

“The design delivers a safe and attractive environment, a desirable place that will stand the test of time and that people will be proud of and want to inhabit for may years to come.

“The development will make a positive addition to the area of Crich and a vital contribution to the local housing needs.”

Of the 58 houses, six would be two-bed; 11 would be three-bed; 32 would be four-bed; and nine would be five-bed – all of which would be two storeys tall.

Each house would have off-street parking spaces and the majority of homes will have a garage.

The application will be decided by the borough council planning board later this year.

Aerial view of the proposed site – Photo from Google Maps

3 thoughts on “Final Plans For Crich Housing To Be Decided”