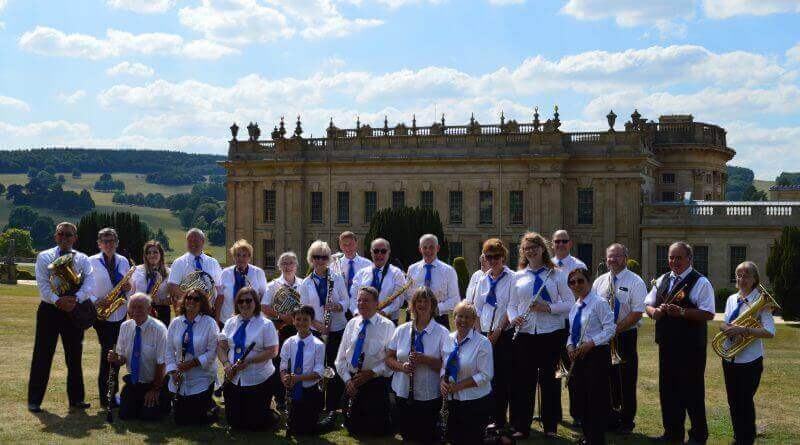 Saving up their best performance of the summer season, Belper Town Wind Band entertained the visitors picnicking in the gardens at Chatsworth House last Sunday.

An invitation to join the band to play percussion was extended to the children present, much to the delight of the crowd of parents looking on.

The band, during its summer tour, has also visited Crich, Alderwasley, Little Eaton and Matlock.

Ray Jones, Joint Musical Director, on the baton, congratulated the band on the production of this season’s concerts. Particularly pleasing was the band’s performance of an Abba compilation pulled into the programme at the last minute as a tribute to the newly released film Mamma Mia 2.

Musicians wishing to join the band will be made welcome.

Telephone Secretary Eric Moore on 07855231112 or just turn up on Tuesday evening’s at the Zion Methodist Chapel, Openwoodgate, Belper around 7.30pm.

Rehearsals for the Autumn/Winter Programme start on 5 September.

Anyone wishing to book the band for an event in 2019 should contact the Secretary.