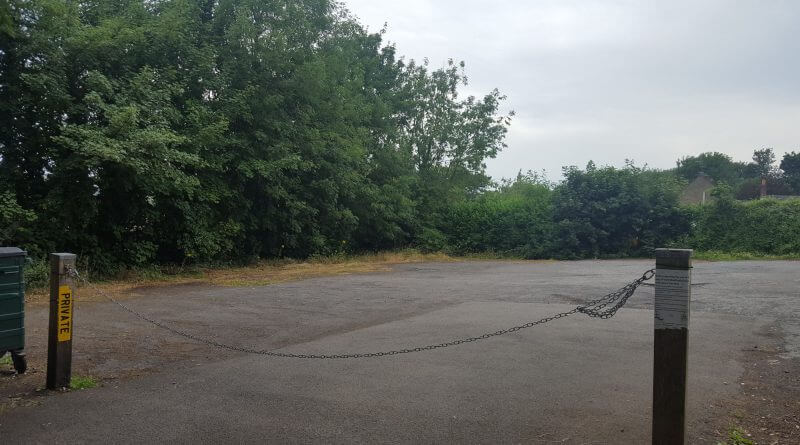 A car park behind St. John’s, which has been used by residents for free up until recently, has been leased by the Town Council from the church and will be redeveloped for the sum of £36k.

The Town Council have offered a third of the new spaces (10) to residents, though residents will now have to pay into a yearly permit scheme. It is proposed that the residents parking scheme, for the first trial year, will cost £303 for a space– on par with AVBC current pricing for annual car parking.

Andrew Wilson, a resident on St. John’s Road, said: “Belper Town Council are to spend £36k of public money on a car park for themselves then rent a third out to the public at £303 per year.”

He called the council “out of touch” and “reckless,” stating that “residents around St John’s chapel are appalled and angry.”

Belper Town Council state that the cost of £36k for the car park resurfacing is offset by the 3 years free rent they will receive. This reduces the cost to £12,900 which will be further reduced by the income from the residents parking permits (£9,090). The net cost to the Council is therefore £3,810.

The Council entered into a lease with St Peters Church to lease the land from 1 February 2018. They negotiated an increase in the number of parking spaces in the lease to a maximum of 31. They argue that the area at the side of the chapel was about to be closed over health and safety concerns and that the intervention of the Council has helped save the land.

What Is the Permit Parking Scheme?

The scheme is open to all Belper residents to apply, with permits being issued on a year by year basis. The first, a trial year, for the Scheme is set to begin in September 2018.

Belper Town Council, in a statement to Nailed, said that: “The area in question, is at the side of St Johns Chapel, it is owned by the Derby Diocese and managed by St Peters Church. The Land has been used as an informal car park for many years.

“The Town Council was granted a Licence to park 4 cars by the Diocese. Residents have, to the Council’s knowledge, not had consent to park on the area by the Church but have done so.

“The Council has for a number of years attempted to Lease the land from the diocese to use as a Car Park for the Chapel. In mid 2016, the Church offered the Council the possibility of Leasing the whole of the Land and marking out a maximum of 21 spaces. The Council was limited to 21 spaces as to access the car Park you have to drive over consecrated land.”

Residents have strongly objected to the possibility of having to pay £303 for the scheme to park for a year. They believe that a fee of £100 per annum per space is appropriate rather than £303 as decided by the Council.

Resident Jeni Smith told Nailed: “When I bought my house on St Johns Road (2017) I had additional searches done to see if there were plans for the land next to the church. I was thinking houses. No change of use showed up yet I believe BTC and St Peters church had entered an agreement in June. It is a shocking waste of land to use it as a car park for the councillor’s meetings. Where is the money coming from to do this?

“Part of BTC’s mission statement is “for the many, not the few.” 10 spaces may be made available for the people of Belper. At a recent council meeting it was voted that the lucky few would be “drawn from a hat.” This sounds like a very expensive and time-consuming way to do this rather than taking the first ten applicants as they had previously decided.

“None of this alleviates the parking problems and traffic flow on St Johns Road or shows any consideration for the residents. I am appalled by the behaviour and attitudes of BTC.”

Another concerned resident told Nailed that they currently live in St John’s Apartments but are hoping to move very soon, partly because of this issue.