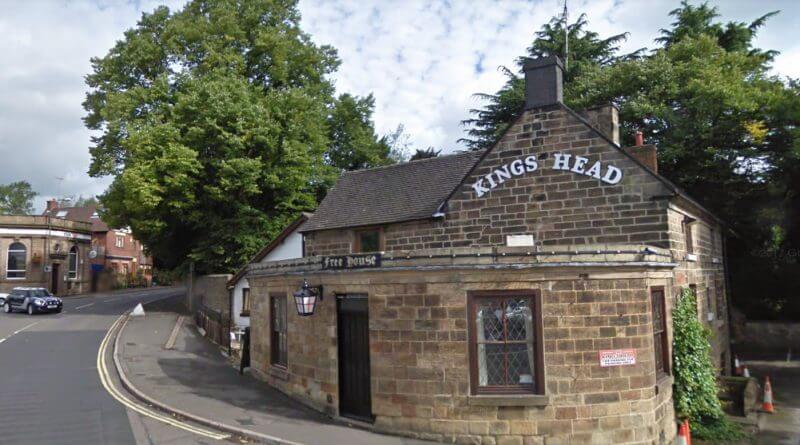 Plans to reopen a Duffield pub and sell alcohol until at least 1am every day of the week have met with objections from residents.

The application to Amber Valley Borough Council for the King’s Head pub, built in 1810, will be debated by the licensing committee on Thursday, July 19.

Council officers say that the previous license for the Town Street pub, close to the railway station, was “surrendered” by the previous owners in February last year.

They state that “the premises were a source of noise complaints from neighbouring residents due to the actions of the previous premises licence holder and designated premises supervisor”.

The application, put forward by Ryan North, had originally requested to sell alcohol from 9am onwards, but this has been moved forward to 11am after talks with council officers. Children would be barred from the premises after 10.30pm. Mr North also seeks to host plays, films, indoor sporting events, boxing or wrestling entertainment, live music, and recorded music until 12.30am every day of the week – with an extra hour (1.30am) on Christmas and New Year’s Eve.

In total, 20 letters of objection were received from concerned residents, all confirmed not to be “vexatious or frivolous” by council officers. Alcohol would only be allowed to be sold outdoors between 9am and 6pm and only for the day of the Duffield Carnival.

Resident Melanie Collier said that the site has little to no parking and fears that this would cause road safety issues.

She wrote: “Noise at and after closing time is clearly a public nuisance and is unavoidable as customers leave.

“General disrespect for neighbouring properties, including urination and littering, in a street which is predominantly residential, has proven to be a huge problem historically.

“Although under new management, the customers will be the same, as will those problems.

“Should the application be successful, the result will be in making the neighbourhood look unattractive and less pleasant to live.

“Residents will again experience disturbed sleep, lack of peace and quiet, with windows being shut in the summer.

“If a licence is granted for live music and late-night drinking, where are the increased visitors to Duffield supposed to park? Increased and inconsiderate, poor parking will create an issue with road safety on the A6.”

Meanwhile, Margaret Mathews-Higgins, who also lives near the site, said that restrictions must be put in place to achieve a “fair and realistic outcome for all concerned” and that patrons of the pub regularly urinate on her front garden.

She said: “This is a residential area and in very close proximity to nearby homes, with elderly people and young children in residence.

“There have been many problems associated with the King’s Head and a change of licensee will not alter that – over the years many licensees have tried and failed.

“A music license should not be granted, as it is not possible to soundproof such an old building and noise pollution has been a major problem over the last 25 years.”

She also stated that “the pub has a reputation it just can’t shake” and this is “regardless of who is holding the premises license”.

“Fights have regularly occurred outside the premises and one incident involved over 50 young males, the situation got completely out of control, the police were unable to take control due to insufficient officers being available,” she wrote.

“Two police officers stood outside our premises for over an hour when rioters almost kicked the front door in and drunken youths ran backwards and forwards through our garden hedge causing severe damage.”

Di Hancock, who lives close to the pub, said that she was “dismayed” by the application and would object “on the grounds of nuisance and potential un-social noise levels”.

She wrote in an objection letter: “Currently, we suffer from the drunken behaviour of people staggering home towards Belper late at night and this has the potential to vastly increase that nuisance.”

A police spokesman said: “We are aware of the application, however, we will not be commenting prior to the licensing meeting.”

The King’s Head pub in Duffield – Photo from Google Maps