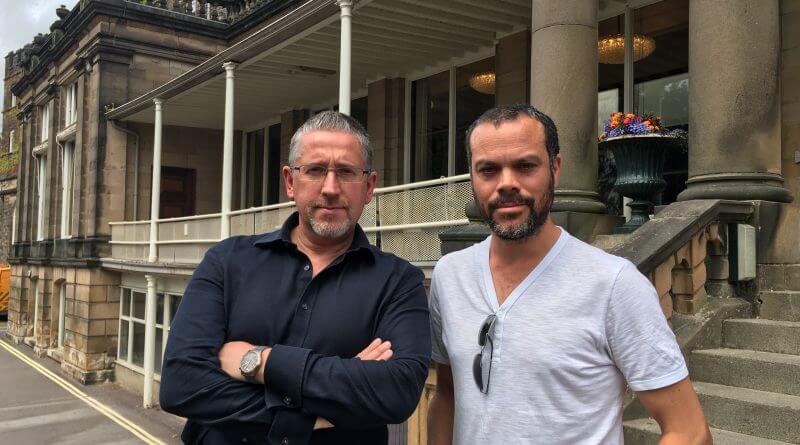 Outraged residents were nearly booted out of a fiery debate over plans to extend a Belper primary school.

Committee members approved the plans to build four more classrooms, a reception playground and dance studio at the school, by a vote of six to one.

In total, the scheme would create space for 140 further pupils, taking the school’s capacity to 620 students.

It would also create jobs for eight new teachers, taking the total teaching staff to 35.

However, residents close to the site in Laund Nook fear that historic traffic woes would worsen as a result of the scheme.

They feel that an increase in pupil numbers could see a significant surge of vehicles travelling to and from the site each morning and afternoon for the school run.

The residents expressed their anger at the meeting over this issue, along with their fears for the safety of children attending the school and the number of parents swarming the pavement at pick-up and drop-off time.

Their emotive language saw committee chairman, Tory councillor Martyn Ford, threaten to kick the residents out of the room.

He said: “I have never had to kick someone out of a meeting, and I don’t want to, but I will have to if this continues.”

Lee Stevenson, a resident in Monyash Way, close to the school, for 14 years, questioned how much a child’s life was worth.

He said: “My wife and daughter were almost hit a few weeks ago after a car mounted the kerb to move out of the way of another car.

“Surely the council has a greater obligation to handle the health and safety of pupils already at the school, than to create space for more.

“You simply cannot say that the level of traffic coming through past the school is acceptable.

“The school is already too big and it is not fit for purpose.”

One resident stated that the school is already having to stagger lunch into shifts, along with time on the playground, due to the lack of space available to cater for the current 490 pupils.

She said that some parents park up outside the school from 2pm onwards to grab a good spot for picking up their child, with a travel flask in hand.

Another concerned objector felt that the number of parents crowding the pavement at pick-up and drop-off was “an accident waiting to happen”, with some 600 adults at the site.

Labour county councillor Mick Wall said: “There has to be a change in the community where parents are thinking about the safety of not just their own child but other people’s children too when they are picking up and dropping off.

“I do not want the travel plan to just be a document which is filed away, there has to be involvement with the community.”

Fellow Labour county councillor Paul Smith said that he too lived near to a school and could relate to the issues over traffic.

He said: “I deal with school traffic every morning and every evening, there is no straightforward answer.

He said: “I have a greater degree of sympathy for the residents of Laund Nook, but these decisions have to be taken.

“I can understand the angst that can be felt, but, we have a duty to provide education for future generations.”

Head of planning at the county council, David Arnold, said that the school had plans to allow parents through onto the playground in groups to collect their children, to alleviate some of this pressure.

The approved scheme also includes a new shared access and a further 14 parking spots to the front of the building – deemed insufficient by residents.

Construction of the project would be carried out in two stages, the first would see three extra classrooms built, and the second would see the final classroom and dance studio erected.

A condition of approval was that construction cannot take place during 8am-9am and 3pm-4pm to avoid conflict with the parents arriving at the site to pick up their children.

Councillors on the committee also recommended that a liaison group should be set up to make sure that residents and the school sit down to agree on a travel plan and traffic handling.