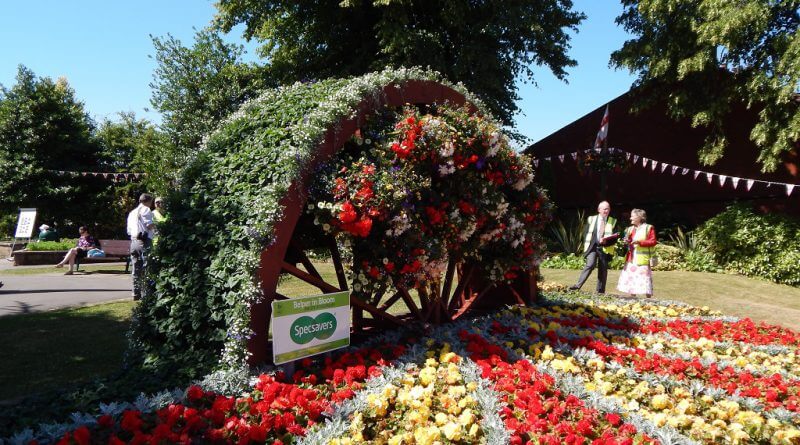 On Monday 2nd July Belper was visited by judges for East Midlands in Bloom, the regional stage of the Royal Horticultural Society’s Britain in Bloom competition.  The East Midlands competition encompasses the six counties of Derbyshire, Leicestershire, Lincolnshire, Nottinghamshire, Northamptonshire and Rutland. Belper was the first to be judged in the area, by Senior Judge Peter Benham and Junior Judge Griselda Kerr.

In Belper, Stewart Hopkinson, is the Senior Gardener in charge (official title “Outdoor Supervisor”) of Belper’s impressive displays, aided by 2 council staff.  But the council work is only part of what is assessed.  As the judges said, “it is a general audit of the town, not just an annual visit”.  Efforts by Transition Belper who manage Festival Gardens, the Railway Station and some aspects of Belper Parks*;  volunteer run gardens; the efforts of shops and businesses; the general state of the town; are all assessed factors.  East Midlands in Bloom separate their judging into three categories, from the Royal Horticultural Society’s “Pillars of Excellence”:

The judges described the community aspect as “enabling someone to take pride in their environment. Cutting the red tape.  It has nothing to do with bedding plants, it’s earth under your fingernails.”  The judges were impressed with community input in Belper, Griselda Kerr exclaimed,  “The community support is amazing.  I’m absolutely blown away by it.”

The judges were particularly impressed with the planting at the railway station, which Transition Belper have planted and maintain with the help of volunteers, including relatively new wildflower meadows, which were started in 2015, and the mosaic, which harks back to the mosaic at the station in 1900 when it won Best Railway Station.  The permanent planting at the station, as opposed to seasonal, was highly praised.

“Look at that planting.  It’s permanent.  That’s fantastic.  If you can admire a planting when it’s not flowering, you know it’s good. I love the fact that you’ve got those five little yews. It really gives it structure.”

The craft contributions of Woollen Woods and knitting and crochet volunteers was also noted for their gardening focused displays around Poundland, near the railway station.

The judges had a few suggestions, which included a stronger town focus on Belper’s impressive heritage, including heritage boards around the town and use of the panels on the side of Poundland for heritage; for the council and residents to stop cutting the grass when it is very hot to protect it from sun damage; for residents to conserve water by not needlessly watering permanent shrubs; and the continued expansion of the volunteer projects.

As the first town to be judged, there is nothing to compare it to yet, but the judges said Belper “really sets a bar.”

The winner of East Midlands in Bloom will go on to compete with the winners of 11 other regional In Bloom competitions in Britain in Bloom, to seek a national winner which is announced in autumn.

The council’s Belper in Bloom competition, which is entirely separate to the RHS’s regional and national competitions, will be judged in the week commencing 23rd July, by Mark Smith, a gardening expert from BBC Radio Derby.

The categories are: Best Hanging Basket, Best Commercial Premises, Best Residential Premises. All entries must be visible from the road.

If you wish to participate, print your entry form off and send it in to the Belper Council office. 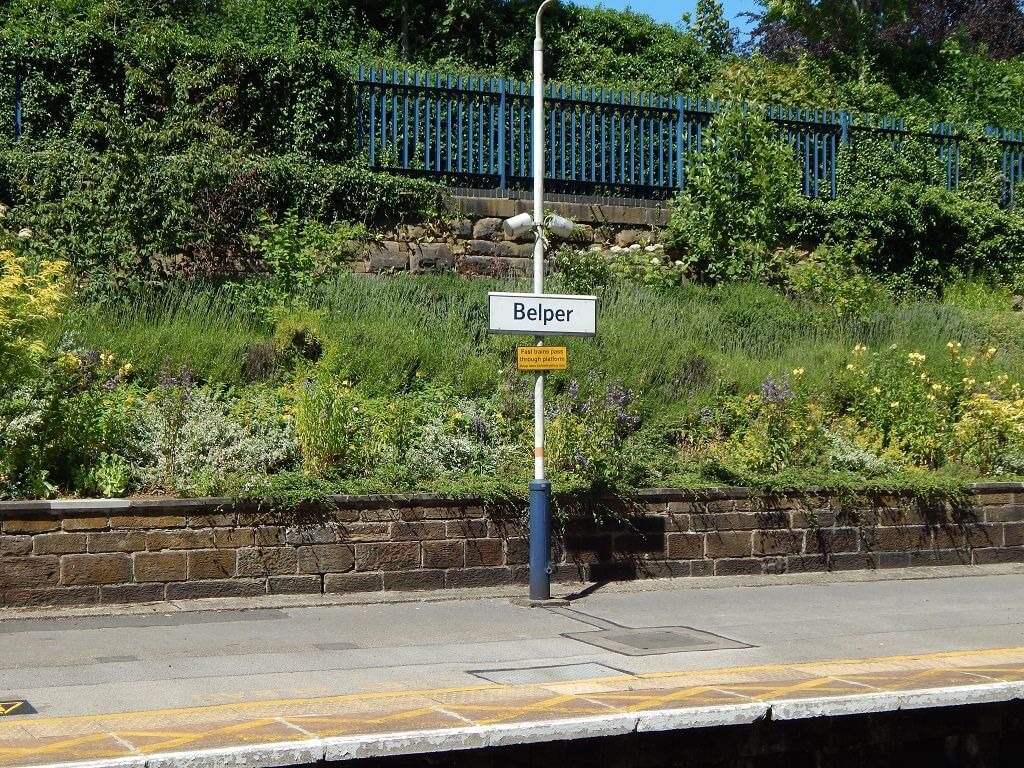 *Belper Parks is also managed by AVBC and Groundwork

One thought on “Belper Judged For East Midlands in Bloom”