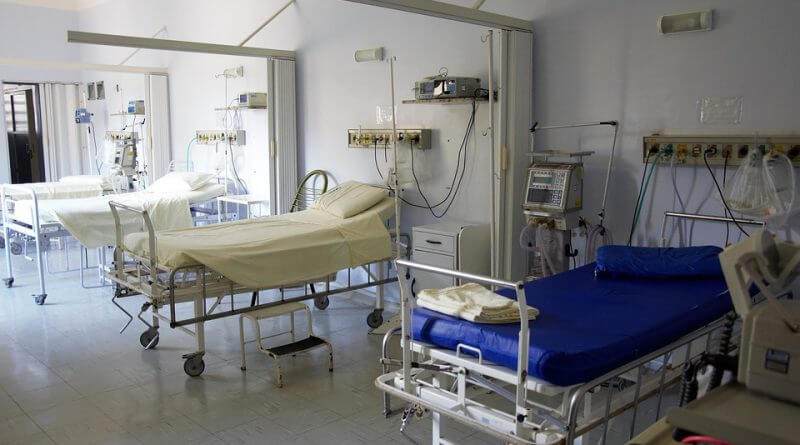 Austerity impacts on our lives in many ways. It can threaten our public services, even damage our health but it also undermines the very communities in which we live.

Three years ago we were promised a brave new world of joined up care where nobody who wasn’t in acute need would ever again be confined to the hospital bed. A situation which would surely sap our strength and destroy our independence. Phrases like ‘wrap around care’, as cosy as an electric blanket, were meant to reassure us. There was even a Sustainablity and Transformation Plan to show how this could be delivered.

Then came the bombshell. Derbyshire would lose 535 hospital beds, approximately one third of current provision, and this year we will face further cuts of £80m. For all its beautiful plumage it quickly became apparent that the plan was no more than a dead parrot nailed to its perch of austerity.

So how can we recognise the brave new world? Recently a young mother visited her local mother and baby clinic in Belper to be confronted by an empty room, a pair of scales and a number to ring in the event of any concerns.

At the same time, a local resident suffering from fibromyalgia, a condition controlled by medication and physiotherapy was told to visit Ilkeston hospital for the treatment on which he depends. On a day when he is not well enough to drive, the infrequent bus service would occupy the best part of a day.

It is no secret that social isolation is only too common for those with small children or suffering from debilitating illness. For these people, a visit to the community hospital or clinic supplies not only medical care but a social hub to break the cycle of alienation. Furthermore in the CCG’s indecent haste to close Babington Hospital, patients who would normally be referred for rehab, respite or palliative care are now being offered Ilkeston, Ashbourne or indefinite bed blocking at The Royal Derby. All three options may be far from ideal for visiting times particularly during the winter months.

The only conclusion that can be drawn is that those who plan and deliver health care are sadly remote from the world of real people and ordinary lives. Austerity not only damages our health but also claws away at the social fabric that binds us together.

So is all lost? Not yet. Tom Hunt from Mansfield told a packed audience at Strutts last Monday how a ward facing closure was saved but we must act swiftly. There has never been a better time to put pressure on your local councillor with dissatisfaction over the STP and the CCG’s so-called engagement process causing dissent right across the great divide. A promised new-build in Derwent Street which still has only outline planning permission hardly inspires confidence either, so our elected representatives have never been more open to argument. If you have your own tale to tell about how cuts are impacting on you or family, tell them now.

And oh yes, don’t forget to sign the online petition to retain the twenty nursed beds in our town. Finally, if you’re in Derby on July 7th between midday and 2pm, come and join us at The Spot to be entertained and find out more.

All over the country campaigns against hospital closures are being fought – and won.