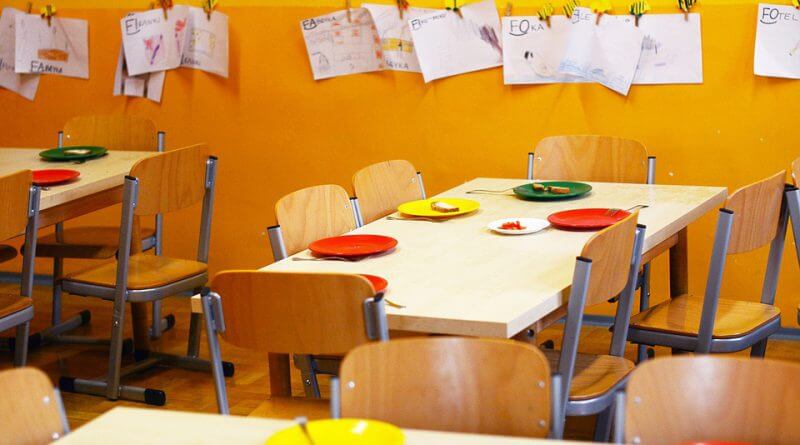 Derbyshire County Council has revealed plans to increase the cost of school meals for the first time in three years.

Under the proposals primary, nursery and special school meals go up by 10p to £2.10 and secondary school meals to rise 5p to £2.88.

Meanwhile, the cost of adult meals served in schools would increase by 5p to £2.88.

The authority says the increase is needed due to rising costs but Labour county councillor Jim Coyle has criticised the plans, saying it would hit the most vulnerable the hardest.

He said: “This administration has hammered us with the biggest tax rise in recent memory, and now this.

“How much more pain do they plan to dish out to Derbyshire people?”

“The school meals service runs at a surplus so I’m very, very disappointed at this increase as it is unnecessary and once again will hurt the most vulnerable.”

Take-up of school meals has increased over the past 12 months, with more than two-thirds of primary and nursery pupils and over half of secondary school pupils receiving meals each day.

Councillor Alex Dale said: “We’ve seen an increase in the number of families opting for our award-winning school meals for their children which is excellent news.

“We pride ourselves on the variety of the meals and the emphasis we place on nutrition and healthy choices.

“The council has held recommended school meal prices at their current level since 2015. However, our costs are increasing and we do need to respond to that to ensure we can continue to provide high quality meal options for all children in our schools.”

The discussion into the proposals will be held on Friday, June 29 behind closed doors due to business and cost sensitivity.

The cost for school meals, 60,000 of which are provided each day, has been frozen since 2015 but the Tory-led council says budget restrictions at the authority have forced an increase.

In 2012, the Tory-led authority had stated that because “things are tight for many parents and carers” it had frozen meal costs.

It had stated: “Enjoying balanced and healthy meals can increase pupils’ concentration in class and reduce the chance of obesity and associated problems.”

The new proposals would not affect families of Key Stage One pupils, who receive free school meals under the Universal Infant Free School Meals scheme.

They would also not affect the families of pupils who are eligible for benefits-based free school meals.

Schools would still be able to set their own prices if they choose.

Asked how the proposed price increase could affect families, Cllr Dale said: “We are committed to promoting healthy lifestyles and helping to give children and young people the best start.

“It’s essential, therefore, that we offer hot, nutritious meals for children in our schools not just for their health but also to help them to achieve their potential in their education.

“Our award-winning school meals service does an excellent job, currently providing around 60,000 meals a day.

“We clearly understand that any proposed rise in price is an important issue for many families who pay for school meals. However, there are factors in providing the service, including the cost of food, which we do now need to give serious consideration to and which is why these changes have been proposed.

“It is important to note though that families whose children receive free school meals would not be affected by the changes.”

You can find out more about school meals here.