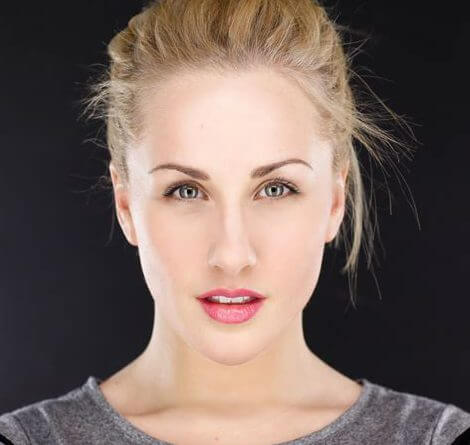 It may be ten months away but a genuine Broadway star is headlining Belper Arts Festival opening concert on 4 May 2019.

Jeanna De Waal has starred on Broadway in ‘Kinky Boots’ and ‘American Idiot’. Other roles in the USA include Glinda (Wicked), Mrs. Barrie (Finding Neverland), Waitress, Orwell In America and Carrie.

Jeanna also spent over a year in the West End as Scaramouche in ‘We Will Rock You’.

But it is her next role that is causing great excitement. Jeanna De Waal originated the role of Diana in the musical, Diana, Princess Of Wales at The Powerhouse Theatre at Vassar, directed by Tony Award Winner, Christopher Ashley. It is worth noting that it was the Powerhouse Theatre where “Hamilton” got its start.

“This is great news for Belper Arts Festival. Jeanna is in great demand in America and the news that she has created the role of Diana only broke during the last week or so,” said Festival Co-Ordinator George Gunby.

“Jeanna is flying in specially for the concert and I know it will be a very special evening at St. Peter’s Church. She is following in the footsteps of Sheku Kanneh Mason, Margaret Keys and Karen England.”

Jeanna attended The Arts Educational School, Tring and subsequently studied acting at The Liverpool Institute of Performing Arts, graduating in 2009 along with Belper based director / actress Fliss Goldsmith.

Jeanna moved to New York later in that year and soon after was touring as Glinda in ‘Wicked’.