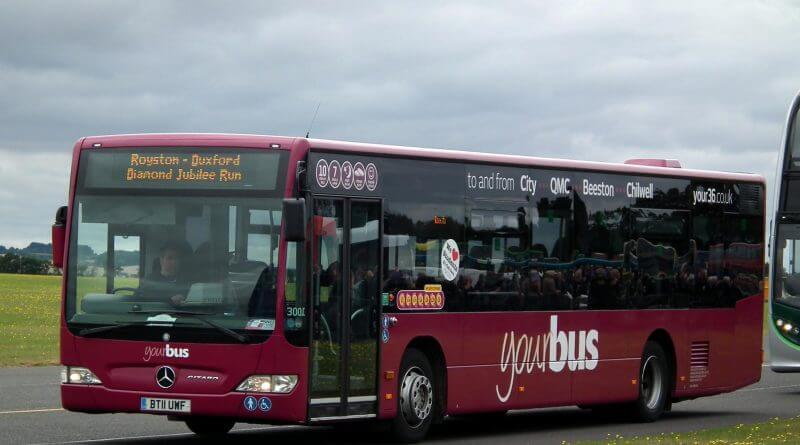 The county council has spent £6 million on renewing a flurry of private bus contracts, months after pulling subsidies to save £1 million.

Derbyshire County Council has handed out seven sub-contracts, valued at £6 million in total, to four private companies – two of which are based outside of the county.

These contracts would last for up to eight years.

In March, the authority pulled support from 26 bus services across the county due to budget pressures.

Out of the 26, 13 will be continued by private companies but 13 would have their services reduced due to not being “commercially viable”.

The county council spends £3.8 million propping up local bus services each year which is used to subsidise 17 per cent of the routes across Derbyshire – some 4.4 million journeys.

The authority has now handed out millions of pounds in private contracts, split between four companies, which are: Yourbus (four contracts), based in Heanor; Littles Travel, based in Ilkeston; Trent Barton, based in Mansfield; and TM Travel, based in Sheffield.

These contracts relate to routes all over the county, including Ashbourne to Derby; Chesterfield to Dronfield; and Alfreton to Sutton.

A spokesperson for Derbyshire County Council said: “Most bus services in Derbyshire – around 85% – are run commercially, with the rest being subsidised by the council in recognition of the importance of services in helping people to retain their independence.

“We currently put in £3.8m to support services countywide that otherwise would not run. Typically these are the less well-used evening, Sunday and some rural services. We also support Derbyshire Connect shopping buses and Active Travel services to medical appointments.

“We have to save £12m from our council budget this year and we’re reviewing all services we support.

“This contract relates to seven subsidised services that were due to end in March, so we’ve renewed them – with an option for up to eight years.

“We’ve pledged to continue to support public transport in Derbyshire and the review will help us deliver best value services as efficiently and effectively as possible.”

Here is the full list of bus service contracts, agreed on May 29:

A Yourbus bus – Photo by Matty via Wikimedia Commons, approved for wire usage

One thought on “Council Spends £6 Million On Bus Contracts”