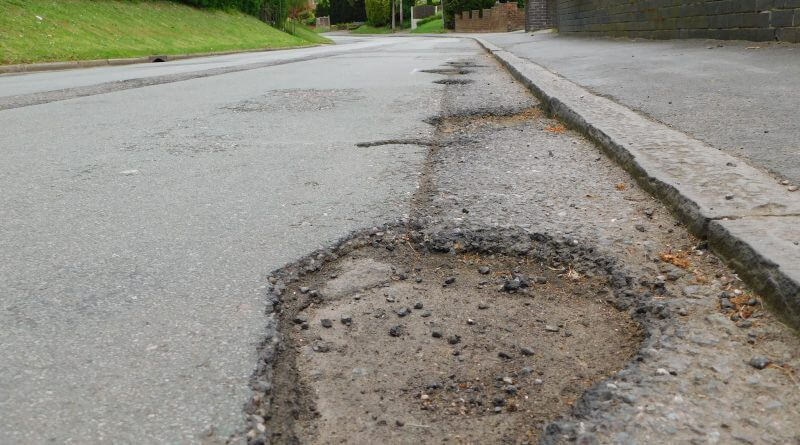 NEWS
12th June 2018 Claire Meese 0 Comments compensation, Derbyshire County Council, pay out, pot hole, potholes, roads
Damage caused by potholes and flawed roads has seen the county council pay out more than £600,000 in compensation in the last 17 years.
The figure was revealed following an Freedom of Information request, which also showed that the most money paid out by Derbyshire County Council in a year was £134,432.99 in 2015.
This compared to the lowest amount of £7,163.81 in 2005.

A spokeswoman for the council stated that more is being spent to fix potholes than ever before, aiming to invest £6 million between April this year and March 2019 – three times as much as in 2017.

Meanwhile, the authority is spending another £25 million on road improvements.

She said: “We’ve made improving the county’s roads a top priority.

“We’ve hired nine extra gangs of road workers to support our 12 regular teams to fix potholes and carry out other road repairs such as patching.

“When we receive a claim for compensation we carry out a number of checks, including making sure the invoice details match the vehicle on the claim form and that the location is on a road maintained by the council. All claims are subject to robust and detailed investigations.”