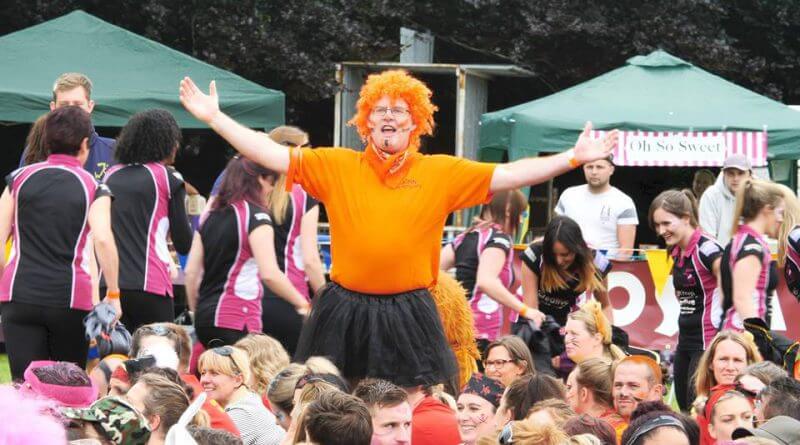 The biggest community and charity fundraising event in Belper returns for the 7th year with even more attractions and entertainment for the whole family. Building on the success of last year, the  popular sporting charity event begins on the 20th of July at Belper Rugby Club and runs all weekend.

Due to the huge success of last year’s weekend event they’re doing it all over again from the 20th until the 22nd of July, with a vast array of things to keep everyone entertained.

Organiser Nick Wheeler said: “We never could have predicted the way this event would grab the love and attention of the people of Belper, let’s keep it going.”

Another organiser, Jim Bull said: “We would like to thank all our sponsors this year who all get to advertise at the event, in particular YNOT music festival who have sponsored the main stage. The help of local businesses is of paramount importance to ensure the setup costs for the event are kept as low as possible which ultimately means we can give much more to the charities.”

During last years event the teams taking part raised over £35,500 for four charities. Planning began shortly afterwards with the same drive, passion and humour that has seen the Games grow year-on-year to become the stalwart of the Belper (possibility Derbyshire!) summer time.

Friday night is film night and sets the tone for this years ‘Rock’ theme.  Showing from 6pm will be Finding Nemo and School of Rock. With free entry it’s a perfect place for a summer picnic and a chance to enjoy the real ale and cider festival.

Saturday sees the Game’s commence. The main attraction sees hundreds of people dressed up as Teletubbies, getting covered in foam and bodily fluids, sustain many mean looking bruises and make complete fools of themselves in the name of charity. This year will see new games and a record 36 teams which were booked up by the end of January.

Organiser Kerry said: “You would be absolutely bonkers to miss this year, there is so much going on.”

Those who don’t want to take part in the wrestling, running and general mayhem in the main arena can take advantage of everything else that’ll be laid on. There will be a hot food quarter, outdoor real ale and cider bar (all proceeds from this bar go straight to the charities), kids rides, market stalls, the Showground, ‘have a go’ dog agility, the live music that will be happening all day across two stages and then you can go straight through to the Aftershow Party where there will be a smorgasbord of excellent bands to keep you dancing until late featuring: The Barnie Rubblz, Lords of Valhalla, Wheatabix and Headlining are the mighty Connector.

New for 2018, the Fleets Arts Centre is hosting a stage full of local musicians of school age.

The all day music festival returns across two stages featuring some incredible live acts covering many genres. Including the incredible Ferocious Dog headlining. Music at the Games is fast becoming as big a feature as the Games themselves!

Ferocious Dog one of the hardest working bands around, their blend of punk/folk will really get you going.

James Warner Prophecies joined the Games last year for a short acoustic set but this time return for their first full band show in a long time.

Jamie Joseph delivers incredible soul and R&B sounds that will take you to a higher place.  He’s written songs for film sound tracks and all sorts of wonderful things.

There will also be a whole host of creative workshops for adults & children alike and the Dog agility returns for a second day.

Advanced entry wristbands for the Saturday’s event are already on sale via the Belper Games Facebook page but will also be available on Friday night so you can beat the queues on the big day.

A weekend pass will cost as follows

Find tickets, information and much more at facebook.com/thebelpergames or look for us on Twitter/Instagram @thebelpergames

One thought on “Let The Belper Games 2018 Commence!”