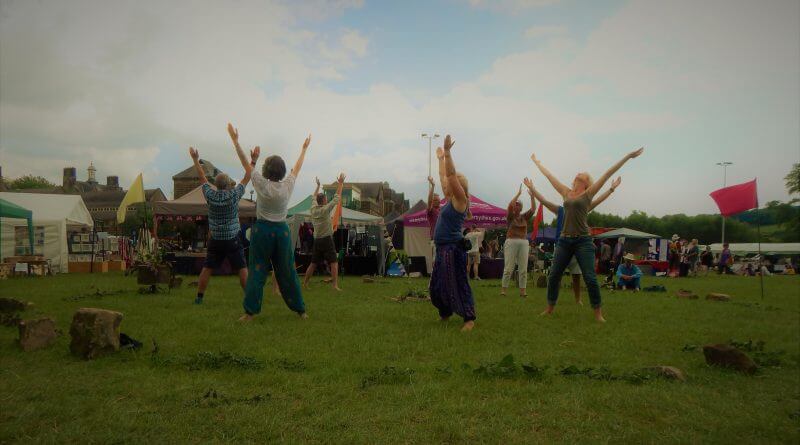 T­his weekend saw the annual eco festival Belper Goes Green increase in size from previous years, both in terms of the number of vendors and in visitors.

For those who haven’t been, Belper Goes Green is a festival of local music, food, beer, community groups, charities, craftspeople and vendors, with a focus on being more ecologically conscious.  The event organisers, Transition Belper, encourage less waste by selling reusable Eco Cups for a low price and caterers are asked to provide biodregradable and recyclable utensils, with a ban on polystyrene. 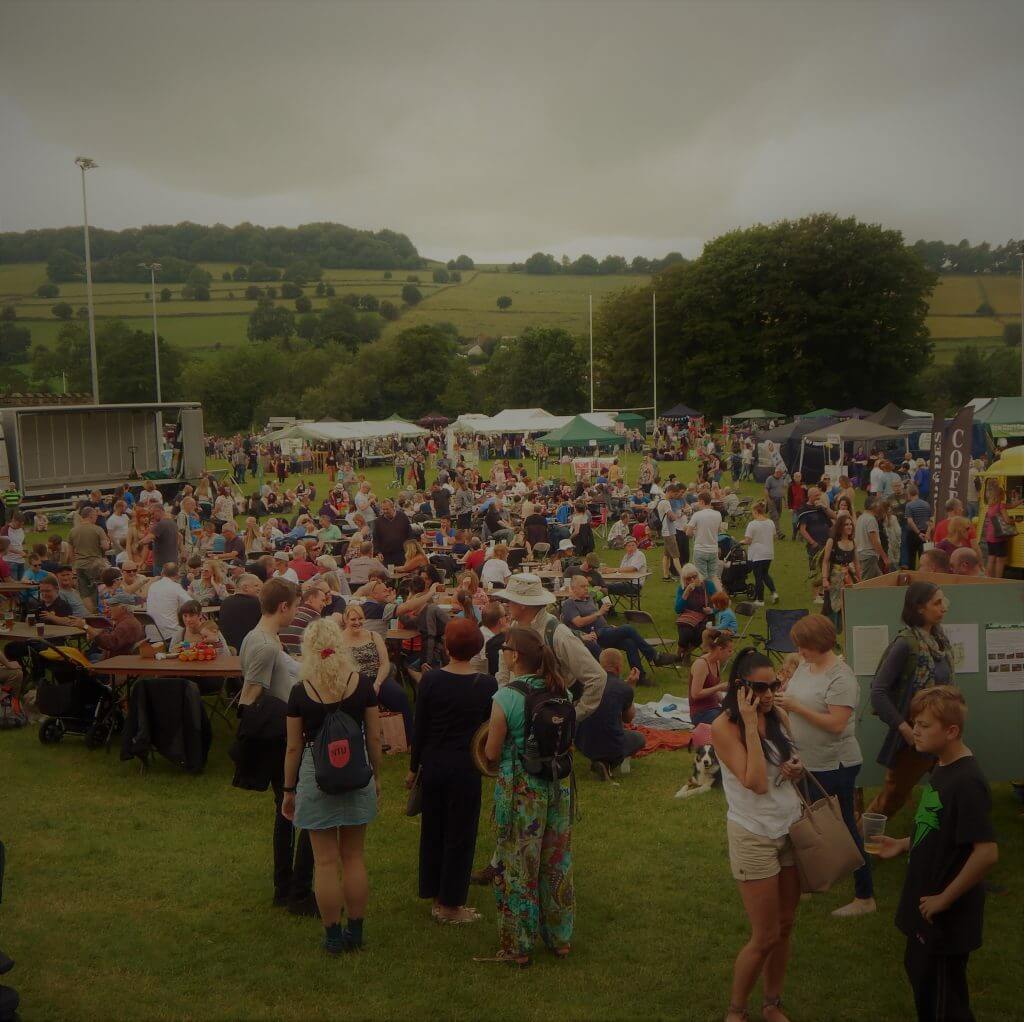 Predicted thunderstorms moved the music for Saturday from the lorry stage into the marquee, but the lorry stage was back in action on Sunday.  The most popular music came from Kitty and the Cadillacs, Lurgy Lou and the Mega Germs and Not My Good Arm.  All three bands inspired public dancing and calls for encores (with Lurgy Lou and the Mega Germs getting the most callbacks).  New bands formed from old across Belper’s music scene due to the organisers trying not to repeat previously featured bands too much, with known local regulars creating new sounds.  The Saturday night jam from Shom was particularly good.

The bar didn’t run dry this time, but there was a point on Saturday where they ran out of all but high alcohol beer.  This year saw the very popular addition of a cocktail bar, and there was a marked improvement in the provision of vegetarian and vegan food, with regular vendors adjusting their menus to local demand.  This has been much appreciated by the unusually large veg based population of Belper.

Local craftspeople were on hand demonstrating and teaching their skills, both to children and adults who wanted tasters of new skills.  From recycling rubbish into toys to origami to wool spinning to willow weaving to woodwork, there was much to try out for all ages.  Some of these volunteers had been involved in creating the decorations for the site. 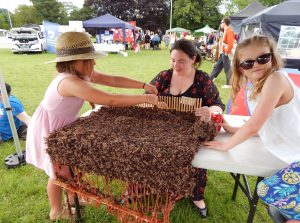 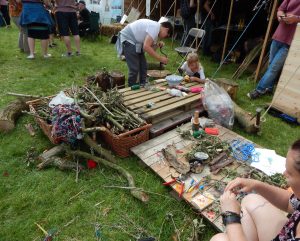 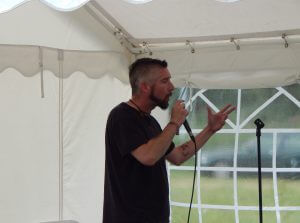 On Sunday a small tornado formed above the bottom corner of the rugby club, but went largely unnoticed by the festivalgoers before it disappeared without touching down.

There were cycle and electric car exhibitors giving people a look at ecologically conscious transport as well as invested politial, ecological and humanitarian organisations and charities. All offering a fun education on important topics.

Local willow artist Emma Carr created a sunshine themed sculpture over the weekend, with the help of many Belper people who stopped by join her work.  This sculpture will be seen again in Belper when it is moved to another location.

On Sunday afternoon Health and Wellbeing and The Land enlisted volunteers to perform a Native American Sun Dance, taught to them by Nic Turner of The Land, which runs nature based workshops and retreats on the themes of consciousness, community and sustainability.

Edit: although billed to Nailed as a sun dance, we have now been informed that “the dance is called “Tsloagi” and is the Cherokee prayer dance of harmony and balance colloquially known as the dance of the four directions.”

Were you there?  See if we caught you on camera here.