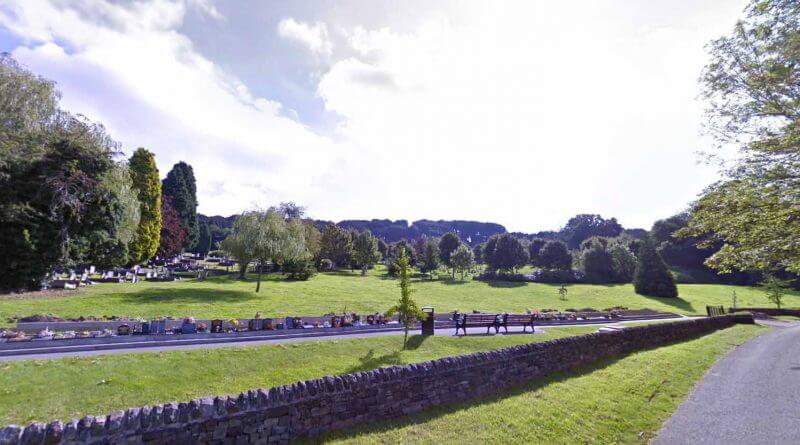 Grieving relatives are being left “heartbroken” by the state of neglect at an overgrown and weed-strewn cemetery where their loved ones are buried.

Belper Cemetery, once regarded as one of the most beautiful in the county, is now being described as “a disgrace,” with ankle-high grass and huge swathes of rank weeds, some growing to more than two feet high on the top of burial plots.

Belper resident Neil Hallam has been a regular visitor to the cemetery during the eight years since the death of his wife Enid but is increasingly put off from talking flowers to her grave because of what he calls “a heart-breaking scene of neglect.”

Mr Hallam explained: “I visited the cemetery last Friday on my wedding anniversary and the state of the place shocked and disappointed me to the point of anger.

“It was such a disgrace that I had to fetch my strimmer to tackle the tall grass and weeds around my wife’s headstone.

“One small part of the site, that which could be seen from the A6, had been mowed. The rest was in a wretched state of neglect with shin-high grass swallowing up headstones and huge expanses of rank weeds running rampant.

“A decline in standards of maintenance at the cemetery has been evident for some time but I had never seen it as bad as this. It amounted, in my view, to a level of disrespect considerably at odds odd with the council’s Charter for the Bereaved and their Service Standards.

“An occasional mow every two or three weeks is no longer enough to return the cemetery to a state that properly reflects its importance to the people of this area.”

Another Belper resident, Harry White, added: “My wife and I visit the grave of our son and his wife and daughter every couple of weeks so we have seen how the place has been going downhill for at least two or three years.

“It breaks your heart and reflects very badly on the council responsible that they have allowed this situation to develop. If the people who are supposed to represent the public of this area cannot show proper respect for the dead it is a poor job.”

Amber Valley Borough Councillor Ben Bellamy has pledged to take up these complaints with the authority and press for a prompt and effective reaction from the authority’s cemeteries committee.

He said: “I have been hearing an increasing number of complaints about the deteriorating condition of Belper cemetery and prompt action is needed, not excuses about cutbacks.

“Of course funding is a problem but the time has come for addressing the state of the cemetery to be regarded as urgent and for a sustainable management plan to be put in place for its future maintenance to a standard demonstrating a proper concern for its importance to the people of the town.”

6 thoughts on “Relatives Left “Heartbroken” At State Of Local Cemetery”