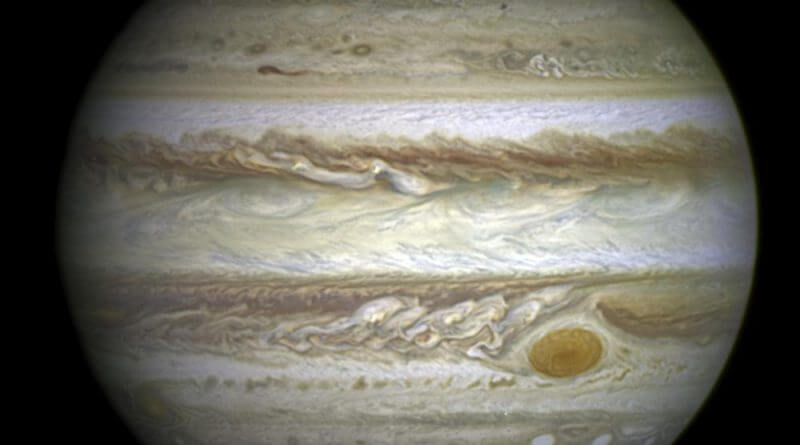 In May’s Night Sky: Venus is the “evening star” in the west. Jupiter is the bright object in the southeast. Mars and Saturn are best seen in the early hours of the morning, but are low in the sky. The Eta Aquarids are only a minor meteor shower in the UK, you will need lots of patience to see one.

I only mention the The Eta Aquarids because certain media outlets have highlighted it as “a treat for stargazers over the Bank Holiday Weekend”. The peak rate for the meteor shower is given at 55 per hour, however viewers in the northern hemisphere (that’s us) do not get much of a show. This is because the radiant of the meteor shower (the point where the meteors appear to originate from) keeps well below the horizon until the early hours before dawn. Peak rate figures for meteor showers always assume that the radiant is directly overhead and that the observer has a 360 degree view of the sky. A more realistic assessment from the Society of Popular Astronomy states: “A good shower from the southern hemisphere, but is barely observable from the UK…with the radiant only starting to rise above the eastern horizon late in the night few Eta Aquarid meteors, if any, are likely to be seen, particularly in 2018”.

The Eta Aquarids have a broad peak so viewing is still possible tonight (6th of May). Look towards the east from 11.30pm onwards on Sunday 6th of May and then into the early hours of the morning on the 7th – the best viewing time is a couple of hours before dawn. Be prepared for a long wait and possible disappointment.

Hercules is a sprawling constellation now visible high in the eastern part of the sky as soon as it gets dark. Hercules is home to my “target object” for May: the globular star cluster, M13. This is one of the brightest clusters in the northern hemisphere. Containing 300,000 stars you will need binoculars to locate the cluster. A small telescope will reveal the cluster as a slightly mottled fuzzy ball. Larger telescopes reveal the tiny pinpoints of star light that make up the cluster.

Choose any moonless night and keep away from light pollution. M13 can be located in the constellation of Hercules by using the four stars known as the Keystone. The cluster lies on one side of the Keystone. See a guide to finding M13, here: BBC Night Sky Guide, May.

Jupiter is now clearly visible in the southeast, rising above rooftops around 11pm. Look out for it on the 27th of May when it will be close to the Moon. A small telescope will reveal its bands and the four Galilean moons (Io, Europa, Ganymede and Callisto).

Mars and Saturn are shining brightly in the early morning hours and sit low in the southern sky – making observation difficult for anyone with an obscured horizon. Saturn currently rises at around midnight, rising earlier as the month progresses. Mars rises later, and towards the end of the month will be rising around midnight.

Venus is now shining brightly and is the prominent “evening star” in the west.  Look out for it on the 17th of May when it will be close to a very thin crescent Moon, about half an hour after sunset.

The Spot the Station site is currently showing viewing opportunities from the 6th of May – 17th of May. ISS appearing in the early hours of the morning  in time slots between 00.57am and 4.55am.

The maximum time that ISS will be visible is around 6 minutes. To make sure of a sighting go to the Spot the Station website for the exact times and where to look in the sky.

The Derby and District Astronomical Society have regular “Introduction To Astronomy” evenings. This month’s presentation will be about “Solar Observing”. The evening will be held on Friday 17th May from 7:30 pm onwards at The Friends Meeting House, St. Helens Street, Derby, DE1 3GY.

There is a collection which helps pay for the rental of the Friends Meeting House which is £1 for members and £3 for non-members. If you would like more details please email the DDAS Secretary, Brian Dodson via: secretary@derbyastronomy.org