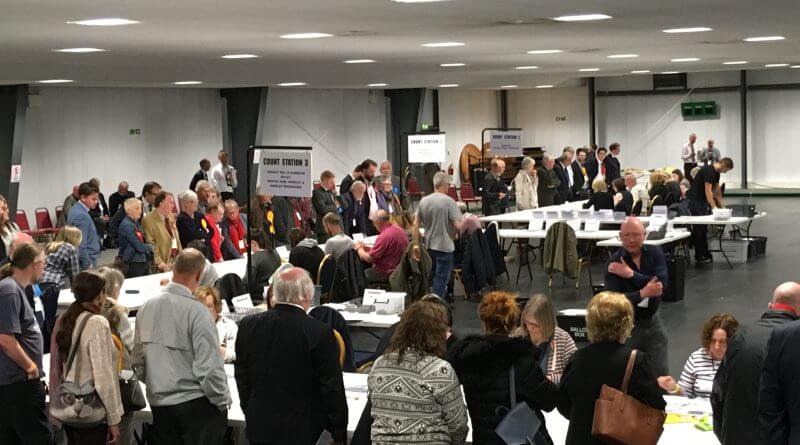 Turnout for this local election was predictably low, with Duffield having the highest turnout at 46.6%.  Belper managed just 38%.  The borough average was 34.4% This means that just over a third of those registered to vote decided the results.  Two thirds remain unrepresented.

Before the election, the Conservative Party held a majority of one seat on Amber Valley Borough Council, with 23 councillors to Labour’s 22 councillors.  No other parties were represented.

Labour did better in votes overall than previous years, despite the shift on the council caused by Heanor and Ripley.  Liberal Democrat support is picking up again, albeit very slowly, and the Green Party maintained an overall average with some increases and decreases. Belper voting remains largely Labour following shifts in recent years.  This is not reflected in the voting of the larger area of Amber Valley and the council stays Conservative, which it has done for all but one year of this century.  This is in part due to voting being split into thirds across the borough and only 15 seats being fought for at any one election.

The Conservative Party are wording their gains as an endorsement by the people, but some of these wins were narrow margins and equal just 260 voters.

It should be noted that Langley Mill and Aldercar had a candidate, Timothy Knowles, from the far right party National Front (notorious for violent racism) and it did get 30 votes, although this was less than each of the other three parties.

In alphabetical order, these are the full results for the area:

One thought on “Local Election Results”