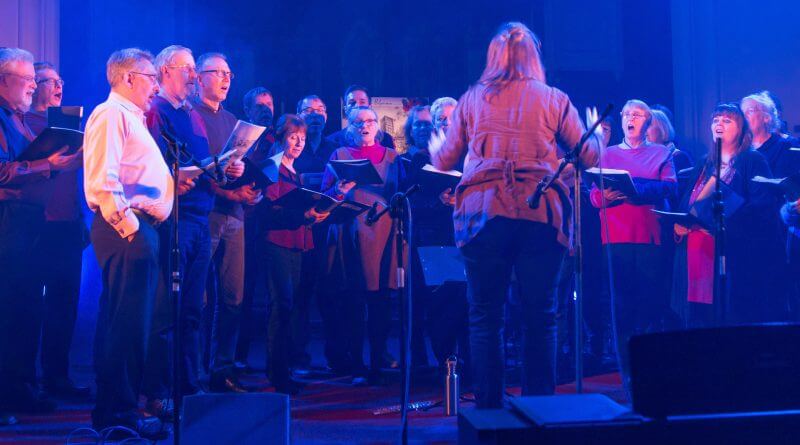 Even before the first note has been sung and the final curtain has descended on Belper Arts Festival 2018, the organisers have revealed a major event for 2019.

‘Voices Of The Valley’ will bring together choirs, groups and individuals from up and down the Derwent Valley for a weekend of song.

The Co-Ordinator of Belper Arts Festival, George Gunby, said: “I put out an email asking if anyone would be interested and the response has been extremely positive. There is a wealth of singing talent along the Derwent Valley and Voices Of The Valley will be a chance for them to shine a light on all types of song. The idea has been with me for a number of years and I just thought that the time was right.”

Amongst choirs who have appeared during Belper Arts Festivals have been The Dalesmen, Bel Canto, Dale Divas, Rough Truffles, Fishpond Choir, Derwent Singers, Chevin Singers, A’Choired Taste and Eastwood MVC. Belper Musical Theatre and over 100 groups have featured. This year soprano Margaret Keys will join a growing list of singers and musicians that includes Karen England and BBC Young Musician  of the Year Sheku Kanneh Mason.

“The format hasn’t been finalised and I’ll be contacting choirs during June to hear their ideas. It won’t be a ‘one size fits all’ event. The aim will be to accommodate the needs of choirs and individuals. I’ll also be looking into the possibility of streaming events to give the talent in the Derwent Valley the opportunity for worldwide exposure.”

More details will be available when Belper Arts Festival 2018 opens on 5 May with a concert by Margaret Keys and her guests Fishpond Choir and Bel Canto at St. Peter’s Church.

The 2018 programme can be found online belperartsfestival.org and brochures are available from venues around Belper.