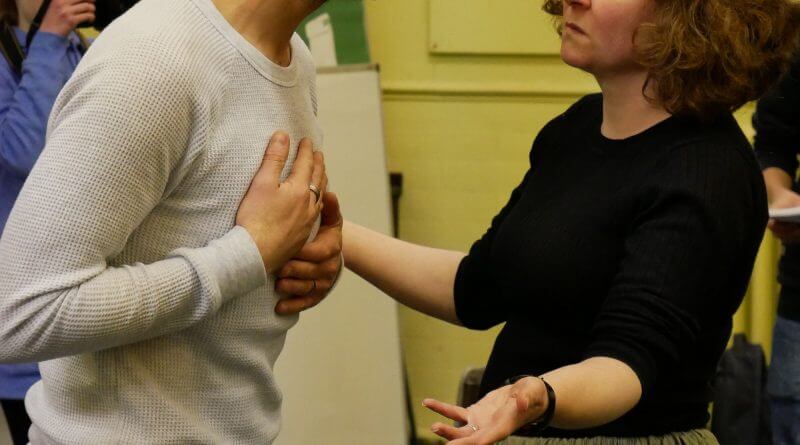 Audiences set to be​ ‘enchanted’ as Nell Gwynn comes to Belper.

For a limited run Captive Audience Theatre Company will present their adaptation of Jessica Swale’s award winning West End hit comedy, Nell Gwynn​ ​which will explode onto the stage of Strutts Community Centre in Belper on Thursday 17, Friday 18 and Saturday 19 May 2018.

When the loud, sassy and extravagant orange seller from the perilous streets of 1660s London falls for the star of John Dryden’s latest play, she launches a missile into the King’s Company Theatre and with it, the establishment itself – transforming herself from a life of poverty into one of the most mysterious and enchanting figures in English History.

Brought to life by director Larry Waller’s electric cast, with a fabulous musical score by composer Nigel Hess, audiences are promised an exhilarating evening of comedy delight, wonder, music and above all – a ‘celebration’, says Waller, of a woman whose boldness sent shockwaves through the Royal Courts of England.

Waller said: “At a time when women had to fight for their place in society, this production pays tribute to the spirit of a woman who became an actor in a man’s world, and unwittingly; a trailblazer for women’s rights, taking her own rightful place in history.

“This show is not a history lesson, but pure entertainment with the colour and extravagance of the period, enhanced by theatrical as well as musical performances of a talented local cast led by Megan Gibson as Nell Gwynn.

“We expect people to leave feeling cheered, entertained and humming to a lively musical score. I can assure audiences that all stops are being pulled to make this a special, in-the-round performance, from the costume to the set design.”

For the second year running Waller will be directing the showcase theatre event following on from the success of the First World War drama HAMP in 2017. Arts Festival organiser George Gunby said audiences were in ‘safe hands’ if they book their seats early: “Having worked with Larry for a number of years, I know how hard his cast are working to make this the best theatre production of its kind.

“Belper is so lucky to be blessed with a rich theatre heritage and this show benefits from an experienced and capable cast led by a director who takes his trade extremely seriously.”

Nell Gwynn is showing at Strutt’s Community Centre: Derby Road in Belper (DE56 1UU). Thurs 17, Fri 18 and Sat 19 May (including a matinee at 2:30pm on Saturday). Audiences will benefit from new and improved seating.

Doors open at 7pm with show starting at 7:30pm. Tickets: £12 for Adults and £8 for concessions including under 18s and over 65. Fully licensed bar available.

Nell Gwynn is not suitable for those aged 13 or under.

Buy your tickets online from ​http://www.belperartsfestival.org/or purchase from the Oxfam Books and Music on King Street Belper.

Nell Gwynn forms part of the Belper Arts Festival which runs throughout May and sees the town transform into the cultural capital of Derbyshire featuring the popular Arts Trail as well as music events and theatre.  Find out more: ​www.belperartsfestival.org/