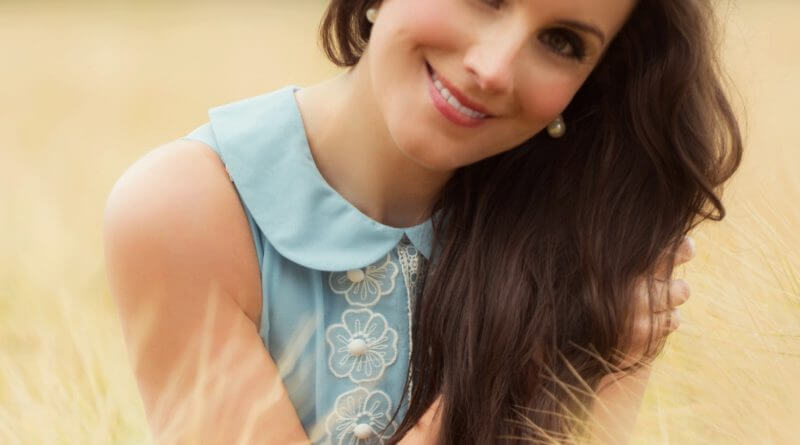 The concert begins a month of art, drama, music, comedy, photography and creativity.

In between appearing with Michael Crawford and Russell Watson, Irish soprano Margaret Keys will be opening Belper Arts Festival with a special concert. George Gunby caught up with Margaret on a rare day off.

“I’ve been singing since I was four years old. My whole family love singing, and my grandmother won the Deanna Durbin competition when she was just sixteen. I competed in many music festival, joined school choirs and Local Musical Societies,” Margaret said. “By the time I entered my teenage years, I was winning awards. It all inspired me to think, could singing be a career for me?”

Coming from a family steeped in music, Margaret, as a young girl growing up, was introduced to a wide range of singers ranging from Julie Andrews to Karen Carpenter and to the opera greats like Mario Lanza, Bryn Terfel and Maria Callas.

“These artists certainly influenced me and allowed me to hear and see the hard work and dedication that was necessary to have a career in music. Whilst they were inspirational, I would say that my family were the main influences. They have supported me in every way possible and without that, I know I would never have been able to follow my dreams.”

Away from the stage, when Margaret is at home, the music she listens to is very eclectic.

“I suppose it really depends on my mood but I can listen to anything from film and musical soundtracks, 60’s favourites, Irish Folksong and ballad singers and of course anything that may be in the charts such as Ed Sheeran and Emeli Sande. I also like Queen as the music tends to be orchestral in nature and ‘Barcelona’ has been a favourite of mine for a long time.”

“As for composers, favourites change from day to day. At the moment it’s Leonard Bernstein but, depending on my mood, it could just as easily be someone else.”

In 2015 Margaret was invited to sing for the Pope in America and she has sung with Rod Stewart, Aretha Franklin, Andrea Bocelli and Alfie Boe. Another appearance resulted in her being appointed as an Ambassador for Prince Charles Foundation for Children and Arts.

“I was invited to perform at the Children and Arts Carol Concert in 2013 alongside fellow ambassadors Amanda Holden and John Suchet. Following this concert, the foundation approached me to become their only Irish ambassador. I immediately said yes! I was a teacher for a short time before entering the music industry full time and so I am very passionate about bringing the arts into schools and providing children with as many creative and artistic opportunities as possible,” Margaret said.

Margaret Keys is In Concert with The Fishpond Choir and Bel Canto at St. Peter’s Church, Belper on Saturday 5 May. The first notes will ring out at 7:30pm.

Adult Tickets are £12.50. Children Under 16 get admission for £1 when accompanied by an adult.

Tickets are available from OXFAM Books and Records, King St., Belper and online through http://www.belperartsfestival.org/

One thought on “Interview: Margaret Keys”