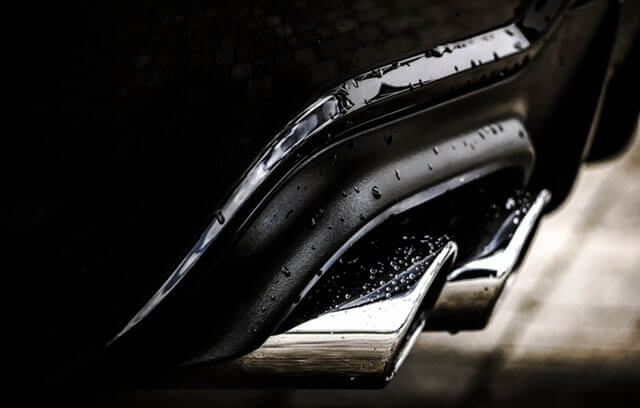 Over the past few months Transition Belper and local volunteers have been measuring air pollution at key points in the area.

Transition Belper have been measuring nitrogen dioxide levels using simple diffusion tubes obtained from Friends of the Earth. These are small glass tubes, open at the lower end. The tubes are left in place for 2 weeks then sent away for analysis.

Friends of the Earth have provided this equipment for many other measurements around the UK. It isn’t necessarily accurate for any individual measurement but a number of measurements taken together can provide a trend. Furthermore the results are added to a national map of pollution which allows comparisons to be drawn.

Nitrogen dioxide is a pollutant emitted by vehicles, especially diesels. There is a legal limit for the average level of nitrogen dioxide over the year, which is 40 micrograms per cubic metre. Since that is a bit long-winded we’ll ignore the units from here on. Just remember 40 is the limit.

In the Belper and Duffield area there were no measurements that were above the legal limit, but several that were between 30 and 40. They were on Bridge Street and New Road in Belper, and in the centre of Duffield.

The pollution seems to be quite local. It is exacerbated by canyon like streets, and by heavy volumes of traffic, especially where engines are working hard to accelerate or climb hills. When measurements were taken a street or two away from a main road they have been much lower.

How does that compare with the rest of the county? In Derbyshire there have been two measurements that were above the limit, in Wirksworth and Buxton. Both are in deep valleys where the pollution may find it hard to escape. That is interesting because the Derwent Valley is also deep and can trap pollutants.

Derby too provides an interesting comparison. It is one of five cities selected by government for action against air pollution.

Derby City Council makes many measurements of air pollution each year. Some, close to major roads, exceed the legal limit. The area on the A6 close to the Five Lamps on Duffield Road has streets of older housing that are similar to ours. Pollution in that area is very similar to the  measurements taken by Transition Belper, around 36, just short of the legal limit.

Amber Valley Borough Council is responsible for air quality in the Derwent Valley. It takes action when members of the public report problems, for example with wood smoke. However, it has limited ability to tackle traffic pollution directly since roads fall under Derbyshire County Council.

Amber Valley Borough Council has made predictions of air quality based on background data which determined that legal limits are unlikely to be exceeded. Based on that result it has decided to take no local measurements in the recent past.

The general attitude of councils is that if pollution is within the legal limit no action is required, though they do encourage personal action to reduce pollution. An obvious question is whether pollution that is close to the legal limit deserves action.

Individual action can be highly effective. For example, since pollution falls rapidly away from major roads think about walking along quiet roads and paths rather than driving for local journeys. The air will be far cleaner. You will also cut congestion, helping those who need to drive, since they will spend less time stuck in traffic, breathing in the pollution from the vehicle in front.

Transition Belper will be taking  further measurements over the next few weeks. After that they will issue further updates to Nailed.