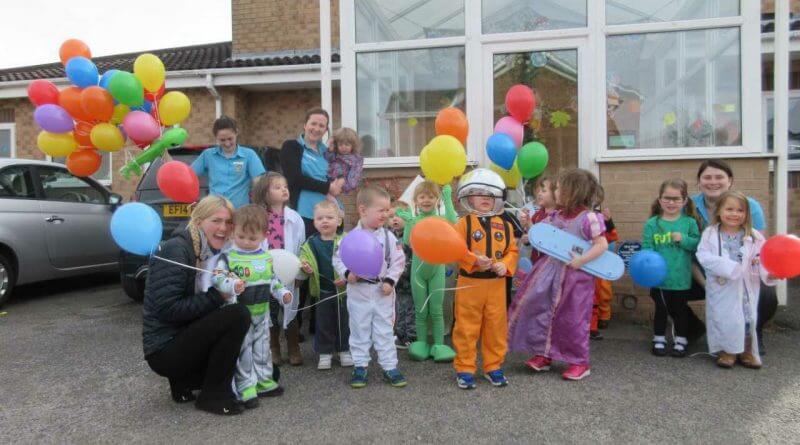 Treetops Nursery Alton Manor, Gregorys Way, created a week long ‘out of this world’ adventure for children, families and people working in the community.

The special event was organised to engage children with a thorough understanding of science, technology, engineering, and mathematics (STEM).

The adventure began with the arrival of Belper’s local fire brigade. They were on hand to show the children all the tools and engineering equipment they use daily, and also to warn the children of possible alien spaceships that have been spotted in the area.

Stefanie Reardon, the settings Nursery Manager, said: “On Monday morning the nursery day continued until a spaceship was spotted crash-landed in the playground. This sparked the children’s curiosity and the STEM alien adventure began!”

The Belper local Police arrived the following day to secure the crime scene with the children and talk about scientific investigation. The children were engaged in numerous problem-solving activities and decided that together they must help the alien get back on his way home by thinking of a plan to return him to space.

The next two days involved spaceship blueprints, finger print analysts, alien slime exploring, rocket fuel creating, design and construction of aliens and spacecraft all with a learning intention of STEM.

On the final day the children of Treetops Alton Manor said goodbye to their little green friend. Having researched things that float and they decided that balloons would help send the alien on his way. All the children came dressed as astronauts aliens and scientists and together launched the alien back into space.

Reardon, said: “People may wonder, is it appropriate to start teaching STEM at this young age? And how can we implement these concepts into early childhood education? Treetops Alton Manor have the answer: It is never too early to start STEM education, and an ideal way to teach STEM is to make it fun!”

She added: “Research is quite clear that outstanding practice in early childhood education is to break away from passive instruction and allow for more play and investigation, and it’s this kind of learning early in life that builds skills and interests that serve children throughout their school years, and later in life.”