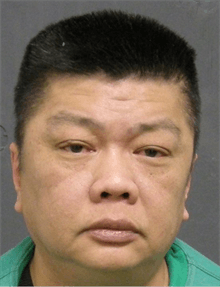 A man has been jailed and placed on the sex offenders register after he was found guilty of sexually assaulting two teenaged girls in Belper.

The incidents both took place in February last year (2017).

He was accused of touching one girl’s breast and bottom, and kissing the other girl.

He was sentenced to 18 months imprisonment, placed on the sex offenders register for 10 years and was ordered to pay a £140 victim surcharge.