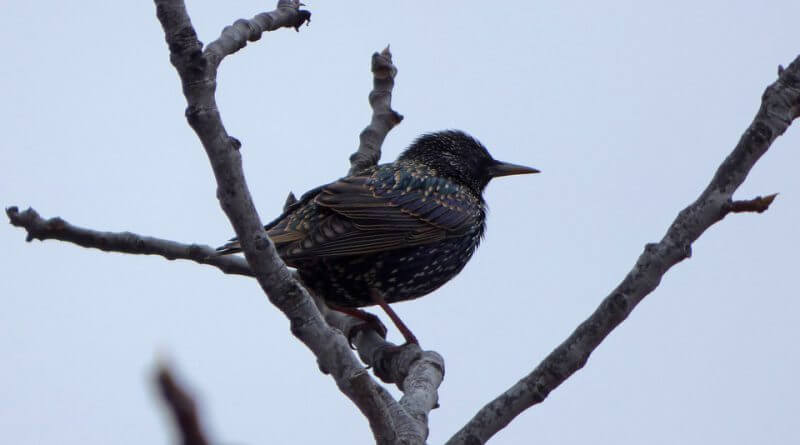 January and February are often the coldest months of the year and although snowdrops are flowering another cold spell is upon us.

Water containers may be iced over and frost hardening the ground. Snow will sometimes attract birds of prey closer, looking for bird tables and an easy meal. I spotted a juvenile buzzard with two white patches on the nape of its neck, like false eyes or snow on wood, this month. In January I saw a crow hunched against the cold on a tree branch near the river, jackdaws, blackbirds, a pair of magpies flying from their high roost and a small hawk flying.

In these two months I have also seen gulls gliding in the winter sunshine, flocks of terns making random drifting patterns and a starling murmuration doing its swirling thing.

Long-tailed tits have been darting about, flitting to and fro, a confusion of lines and tails, and sparrows and blue tits and robins are here as always. 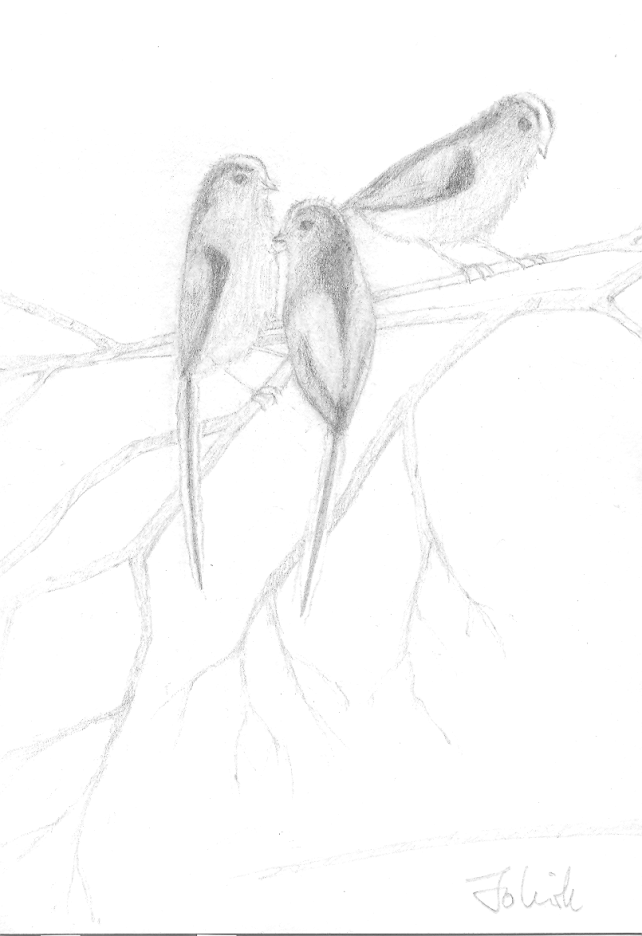 I also saw a pair of geese flying in a southerly direction.